This brief blogpost is the first in a series which will discuss Brexit, the British people’s decision to leave the European Union. Two of my recent articles were The Role of the Citizen in a Spiritual Society, and Humanity as Part of the Superorganism. In the first of these I noted that the European Union is apparently going in the right direction, in that it seems to be trying to create a European superorganism, which might be a step on the road to a global one, and therefore that Brexit in this context appears to be regressive, a refusal to accept the move towards the superorganism. I said that I thought the European project is a false step, and promised to explain later. That is the purpose of this forthcoming series of posts. Towards the end I’ll return to the superorganism question, but in the meantime I’ll prepare the ground with some general thoughts about the European Union.

I voted Leave in the 2016 referendum, and I may have had a unique reason for doing so (at the very least I have heard no one else say this); I am hoping that at some point in the future a spiritual society may be achieved along the lines suggested by my previous articles. The question of national sovereignty was therefore paramount, to ensure that no external agency could try to interfere with such a project. There is good reason to think that the European Union might do this.

The issues were very complicated, and there were passionate Leavers and Remainers on both sides of the political spectrum. The consequence of this passion was that there was an appallingly low level of intelligent debate from both sides. The discussion was emotionally charged, full of lies and threats, and lacking facts.

The result was quite close, so in the eyes of the electorate there were pros and cons, which obviously had to be weighed up carefully. So in my next post I’ll begin by outlining some of the claimed advantages of being in the EU. 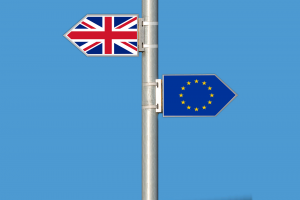