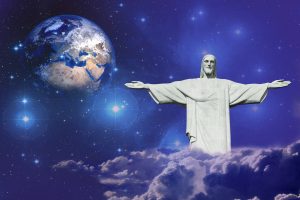 This article assumes that readers are familiar with the previous ones in the series. For a guide to my overall plan, with links to the articles, please see this page.

Christianity says that Jesus was an incarnation of the divine, God himself. In this series of articles, I have examined the reasons why this might not be so. This might therefore be seen as an attempt to reconstruct the historical Jesus, which is a task which has exercised the minds of many scholars over many thousands of hours. That was not my intention. They, on the whole, have tried to get beneath the surface of the texts, to reach the real Jesus they think lies behind them. My project was simpler, in that I was merely trying to find evidence in the canonical gospel accounts themselves why Jesus might not be considered divine, even though these same texts in other passages say that he is. I examined either what they say in the versions we now have, what they said originally before later Christians edited them, or what might be the implications if we read between the lines. My findings may have seemed strange to some Christians, but they should not be seen as provocative or controversial, since they appear to be what the texts are saying. 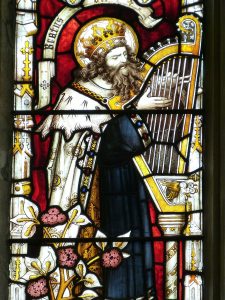 In the synoptic gospels Jesus is portrayed unequivocally as:

1) the expected Jewish Messiah (descended from King David), whom Jews did not consider to be divine, rather their legitimate king

2) an apocalyptic (eschatological) prophet, expecting the imminent end times (however you understand that term), and divine intervention to bring about the institution of the Kingdom of God on Earth.

How accurate is this portrayal? I’ll discuss the first point in a later article. In support of the second, biblical scholar Bart Ehrman says that there are four criteria for establishing the likely authenticity of relevant material:

On the basis of these criteria, he concludes that Jesus “appears to have been a Jewish apocalypticist anticipating the end of this present evil age within his own generation”. He observes humorously: “This may not be the Jesus we have learned about in Sunday school or seen in the stained-glass window… But it does appear to be the Jesus of history” (1).

So, as stated in a previous article, on the first count the Jesus of the gospels was a complete failure, and on the second he was completely deluded. So we have to ask, how can this be, if he were an incarnation of an omniscient God? The Jewish scholar Hugh Schonfield, who does not believe that Jesus was divine, observes: “In many respects the predictions and expectations of the interpreters of the Scriptures could be quite wrong… What Jesus anticipated would happen was no more likely to be correct than that of any other interpreter of the prophetic legends. During his lifetime he could, to an astonishing extent because of his personal qualities, enact and obtain compliance with the messianic scheme as he apprehended it. But he had no control over what lay beyond, and in much that he anticipated he was mistaken. The Church had to face before very long the acute problem of the postponement of his expectations, and dealt with it rather lamely and unconvincingly by largely spiritualising them. The dogma of his deity did not allow it to be admitted that he had been in error” (2).

Reading between the lines in the gospels:

On the first point, it is interesting to note that, even though the events of Jesus’s life have extraordinary significance for Christians, to everyone else his life was something of a non-event. He is hardly ever referred to in first-century sources. Should we be surprised by this? Apparently, itinerant apocalyptic preachers were fairly common at the time; according to Reza Aslan, “countless prophets, preachers, and messiahs tramped through the Holy land delivering messages of God’s imminent judgment” (3). He names some, “all of whom were executed by Rome”. On the surface, therefore, there was nothing out of the ordinary about Jesus. It is not until the second century that he is mentioned, the Roman historian Tacitus saying that he was “crucified as a troublemaker”. This is regrettably ambiguous in relation to the zealot question; did he merely declare his kingship, or was he actively involved in some kind of uprising?

The original reason for this series was to try to establish what might have been Christian beliefs before the Council of Nicaea, which was called by Emperor Constantine. (For a discussion of this, see my article.) On the third point, I realised, when referring to this marriage, that I was straying into Da Vinci Code territory. I had never read the novel, although I was aware of the main storyline, in that I knew that Holy Blood, Holy Grail was a primary source for Dan Brown, two of its authors even suing him for plagiarism. Since writing that article, I have become aware of and read Bart Ehrman’s Truth and Fiction in the Da Vinci Code. I now understand that there is much more in the novel than I realised, particularly the emphasis on the role of Emperor Constantine. This obviously has some bearing on my article. So, in order to avoid any misunderstanding, I wish to make clear that on most points I support Ehrman, who reveals numerous blatant historical inaccuracies in the character Leigh Teabing’s accounts. I especially wish to stress that:

In my article on Constantine and Nicaea, I discussed how there are two alternative versions of his conversion to Christianity, one offered by critics, and another by those more sympathetic. I noted there that Ehrman was in the second camp, quoting material from his book Misquoting Jesus. In this other book, he states similar material. I assume that he would think that in my article I have overstated the role of Constantine, especially over the question of book-burning; he says that “we have little evidence of mass burnings of ‘dangerous’ books in antiquity” (4). My primary sources for saying that were Elaine Pagels and Gerald Massey, equally distinguished scholars, so I’ll leave it an open question; they refer to a campaign of suppression (although it is possible that it was not ordered by Constantine personally).

Even though Christians from early on believed Jesus to be divine, there are good reasons not to, a conclusion based purely on the canonical gospel accounts. In this series, as well as arguing that case, I have also considered other possibilities, that Jesus was merely the human Jewish Messiah, that he was not resurrected from the dead, that he might have been a spiritual aspirant, a human seeking to become a god, or even an esoteric magician (see this article).

Whether or not Jesus was divine in any meaningful sense, it is more meaningful for us if he were a human on a spiritual path, who found the God within him. He is then someone whose example we can follow (this may always have been his intention), rather than a Lord we have to worship.

In the introduction to my overall series (Why Christianity Must Change or Die) I asked, is it possible to still be a Christian even if you say no to various questions. In the light of this series, the question can now be put as follows: is it still possible to be a Christian if you don’t believe that Jesus was the divine Son of God, died, was resurrected, despite what the various creeds say? At the very least, that might be the direction that Christianity has to take.

(3) Zealot: the Life and Times of Jesus of Nazareth, Westbourne Press, 2014, pXXIII