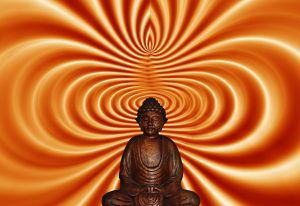 A strong, unified, cohesive society should be built on firm metaphysical foundations. Ideally, all citizens would believe the same things; this should lead to complete integration. In practice, however, this is obviously not going to happen. It is important not to be too dogmatic, be inclusive rather, and create an umbrella to contain all the ideas which are moving in the right direction. At the same time, it is important to be clear about the direction towards which we are ultimately heading, the limits beyond which we should not step.

A good starting-point is the Perennial Philosophy, since this claims to be the common truth standing behind all religions, no matter what their apparent surface differences. (See, for example, Aldous Huxley’s book of that name.) The essential idea is that each individual consciousness is a manifestation of the divine, and can expand and reconnect with it. (In modern scientific language we might perhaps say that individual consciousness is a hologram of the divine.) This is probably what was originally meant by the text of Genesis 1:26, “Let us make humankind in our image, according to our likeness”, although the idea is expressed more directly and forcefully in the Chandogya Upanishad (VI, viii, 7): “Tat twam asi”, (loosely translated, you are the same as the universal essence). The best-known traditions which express this idea are Hinduism, Sufism, and Buddhism, although it can be found in others. Rather than seek to promote one tradition above others, I suggest that it is better to study all of them and seek out their gems, thus seeking a reconnection with the wisdom of ancient civilisations.

A helpful resource in coming to understand this idea is the famous teaching story of the elephant and the blind men. There are several versions, but the essence is as follows:
Several blind men are instructed to touch different parts of an elephant, and asked to describe what it is they are touching. Given that one is touching the trunk, another a tusk, another a leg, and so on, they all say something different, and start arguing. It is only when a passer-by explains to them that they are only touching a part of the elephant, and that if they could see the whole creature, they would be in agreement, that they realise their error. Thus it is with different religious traditions; they may appear different, but are ultimately the same when one can see the whole picture.

Further inspiration can be derived from various transpersonal psychologies:
a) the ideas of Carl Jung, specifically what he calls the Individuation Process as a spiritual path, especially for Westerners.
b) the life and works of Stanislav Grof, an advocate of the Perennial Philosophy. (See especially his introduction to Ancient Wisdom and Modern Science, which is relevant to the whole of this article.)
c) Psychosynthesis, the creation of Roberto Assagioli.

…and ancient mythologies. We are losing touch with their wisdom. The ideas of Joseph Campbell are therefore especially helpful.

Seminal texts are:
Archetypal Cosmology by Keiron Le Grice
Beyond Physicalism by Edward Kelly (and others). (Their previous book Irreducible Mind is also relevant.)
Wholeness and the Implicate Order by David Bohm

Le Grice’s book is primarily an attempt to imagine the nature of a universe which would make astrology possible. This is obviously a highly controversial subject, since astrology is one of the prime targets for ridicule by skeptics. Whether or not you believe in astrology, and ultimately accept his conclusions, the cosmology and metaphysics he develops are nevertheless powerful, and deserve to be taken seriously as a vision for the future. The figures from whom he derives inspiration form an impressive list: Carl Jung, Joseph Campbell, David Bohm, Stanislav Grof, Teilhard de Chardin, and others.

Kelly’s group’s books are about the nature of consciousness, which they consider is more fundamental than matter. They stand at the end of a tradition which accepts the reality of spiritual experiences: Frederic Myers, William James etc. They accept reincarnation, out-of-body and near-death experiences. They also accept the reality of parapsychology (ESP).
The group call the metaphysical position which they are adopting evolutionary panentheism, and offer it as a vision for the future. That’s something of a mouthful, but fits well with everything in this article. This means that the material universe is seen as an evolving manifestation of a transcendental spirit (God). In conventional theological language, God is both transcendent and immanent.

David Bohm is the quantum physicist most frequently referred to by spiritually oriented writers. This book is his most relevant in terms of a connection with a spiritual perspective.

A separate goal of a spiritual society would be a reunification of science and religion. It would therefore seek to promote the ideas of new paradigm scientists, those who are moving, either explicitly or implicitly, in a spiritual direction. (An obvious example would be Fritjof Capra’s Tao of Physics).
At the same time, a spiritual society would challenge and oppose the errors of modern scientific physicalism, which is inspired by atheism. The most significant of these are:
a) consciousness is a byproduct (epiphenomenon) of the brain, and therefore the self is an illusion.
b) life can be explained by Darwinian evolutionary theory, specifically the neo-Darwinian synthesis.
c) the universe is purposeless.

There is also reason to doubt the Big Bang hypothesis as the origin of the universe. While accepting that this is the (almost) overwhelming view of physicists/cosmologists, and we perhaps have to defer to their superior knowledge, there are nevertheless significant unresolved issues remaining, (not least the objection that the theory is based on some dodgy science). The spiritual objection is that its advocates often assume a physicalist starting-point (problems with the understanding of the original Singularity notwithstanding); a spiritual perspective might indeed help to resolve some of the outstanding problems.