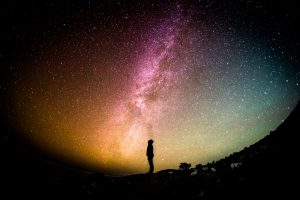 In the introduction to this series, I said that I was going to provide evidence to suggest that the deeper self has access to the whole of human knowledge. This third article, following on from Freudian Slips and Dreams, is my first attempt to do so.

Many people are now familiar with the concept of synchronicity. It is a term coined by the psychologist and psychotherapist Carl Jung in his book Synchronicity: an Acausal Connecting Principle (1). Put simply, it is a meaningful coincidence, when an external event in the world coincides in a striking way with something going on inside the individual concerned. The word acausal is important; there is no way that the coincidence could have been caused in the normal scientific sense of the word. Furthermore, synchronistic events usually seem intended to help or guide individuals in their lives. One striking example of this has become famous because Jung describes it in his book — a female client and a scarab beetle.

This is his account: “A young woman I was treating had, at a critical moment, a dream in which she was given a golden scarab. While she was telling me this dream I sat with my back to the closed window. Suddenly I heard a noise behind me, like a gentle tapping. I turned round and saw a flying insect knocking against the window pane from outside. I opened the window and caught the creature in the air as it flew in. It was the nearest analogy to a golden scarab that one finds in our latitudes, a scarabaeid beetle, the common rose-chafer, which contrary to its usual habits had evidently felt an urge to get into a dark room at this particular moment”. Jung comments that the woman had been a very difficult case, essentially because her mind was full of “Cartesian philosophy” (by which he means scientific materialism). “Evidently something quite irrational was needed which was beyond my powers to produce”. So, when the scarab came in through the window, this was enough to blow her mind, and “the process of transformation could at last begin to move…” (2).

A long time ago I went through a period of intense transformation, lasting approximately six months, which I would describe as a religious or spiritual conversion. One ingredient in all this was a significant number of synchronistic events as described above; they all seemed to be operating according to some plan to impress me with the power of the paranormal, and ultimately to heal me. 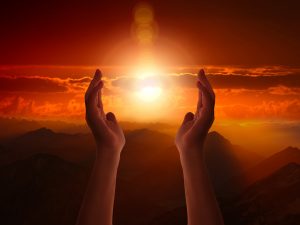 A few months later, because I had already experienced many such occurrences, I idly wondered whether they were always like that, that is to say, of such life-changing importance, or whether it was possible to have a trivial synchronistic event, a ‘meaningless’ one so to speak. By this time, I was convinced of the reality of the hidden self, and so this question was obviously addressed to it. However, it was in no sense a challenge to produce one — once the thought had passed through my head, I completely forgot about it. As far as I remember, this happened about Tuesday in whatever week it was, and no one else on the planet knew that I had had the thought.

At this time I was attending an evening class in Jungian psychology at an Adult Education Institute in Clapham (South London) on Friday evenings. My girlfriend at the time, now my wife, lived in Finchley (North London), and on the Friday following this thought I was intending to travel from her flat down to the class by tube, quite a long journey. I needed something to read, so I inspected her extensive collection of books. There was nothing which jumped out at me, demanding to be read. For no reason that I can put into words I eventually chose the Diary of a Nobody by George and Weedon Grossmith; it was not the type of book that I would normally read, but I had heard that it was something of a classic, so picked it in the absence of anything else appealing. I started reading on the tube; I did not find it particularly interesting, but continued with it. Quite some way into the journey I read the following line: “APRIL 23. Mr and Mrs James (Miss Fuller that was) came… and we left directly after for the Tank Theatre. We got a bus that took us to King’s Cross, and then changed into one that took us to the ‘Angel’ ”. At the exact moment that I finished the sentence, the train pulled up at a station. I looked up to see which one, and was taken aback to see that it was the Angel. I immediately remembered my thought of about three days earlier, and realised what had happened. “Can synchronistic events be trivial and insignificant?” The answer had come back, “Yes they can, here is one for you”. This experience had no immediate impact on my life, nor did it change it subsequently. In fact, after that evening I did not even bother to continue reading the book.

This could, of course, have been ‘just’ a coincidence, and materialists would comfort themselves by saying that that is all it was. If, however, it was a genuine coincidence in the synchronistic sense, then the implications are staggering. The intelligence which organised this obviously had access, without my being aware of it, to my conscious thoughts. This hidden self knew the contents of all the books on the shelves (and possibly therefore the contents of all books that have ever been written), persuaded me to select one which, as it turned out, had been preselected by this intelligence, and then timed my reading of it to coincide to the nearest second with an outer event. Did the hidden self even put the question into my mind in the first place, because it wanted to demonstrate its power to me?

What does this say about free will? Are we being controlled at every moment of our lives by this hidden, deeper self? Or does it only behave like this at rare moments of its choosing, as it appeared to in this example. This would have relevance to the statements made by modern neuroscientists who say that we have no free will because our decisions are preceded by unconscious brain processes detectable by technology. They, of course, understand the brain to be causal. But what if these brain processes were the effects of the activity of this hidden self?

Are we being controlled continuously by other levels of our being? 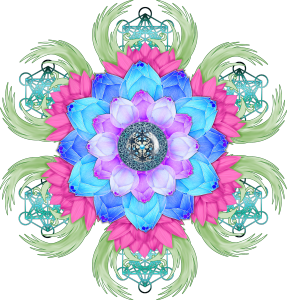