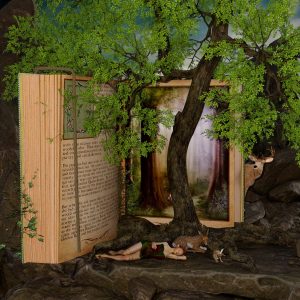 “Deeper meaning resides in the fairy tales told to me in my childhood than in the truth that is taught by life”.            Friedrich Schiller (The Piccolomini, III, 4.)  (1)

There has been a trend recently to denigrate fairy tales. The worst example was an outright attack by Richard Dawkins at the Cheltenham Science Festival in 2014, when he was reported to have said that fairy stories are harmful to children because they instil a false belief in the supernatural. Having attracted national attention, and having been widely ridiculed, he then denied that he had said it, tweeting that fairy stories may have a positive effect on children as they grow up, by fostering critical thinking. Let us note that both statements are completely negative towards fairy tales, which on the one hand are said to instill false beliefs, and on the other are said to help a child realise at some later point that they have been subjected to false beliefs.

The other negative comments have come from a feminist perspective. It is said that in fairy tales girls are perceived to be passive, waiting to be saved by males who are busy, strong, active, clever, thinking their way out of situations; that there is a message that the females should be docile and virtuous. Questions are asked along these lines: how many of these popular tales have a named woman character with a success story that doesn’t relate to a man?; how many were created by women?

Female critics say that girls integrate these stories into their psyche, and are unconsciously influenced by them. This has recently inspired authors like Kiran Millwood Hargrave and Jessie Burton to rewrite some fairy tales, attempting to address the lack of feminism in them. To mention one example, Jessie Burton has rewritten a story by the brothers Grimm, The Twelve Dancing Princesses.

As a further example of this type of criticism, at the time of writing actress Keira Knightley has said that she has banned her daughter from watching certain Disney movies, for example Cinderella, in which the heroine “waits around for a rich guy to rescue her”. She also said: “It’s never ok for a man to kiss you while you’re asleep”. 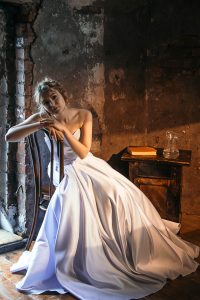 While accepting the good intentions of these women, and agreeing with their real-life aims, I still think that this is a regrettable development, and not the solution they seek. What follows is not a complaint against women in general, nor feminists in particular, rather the modern inability to think symbolically and allegorically. This applies to dreams, mythology and fairy tales, none of which are intended to be understood literally. Symbolism seems to be the language of the soul, the Higher Self, or whatever term you prefer; we are therefore losing something incredibly important if we do not recognise this. My question is therefore, have these critics really understood the meaning of fairy tales? That theme will be addressed more fully in part 2, but here are some preliminary observations.

There is a wonderful book The Uses of Enchantment by the Freudian psychoanalyst Bruno Bettelheim, who describes himself as “an educator and therapist of severely disturbed children”. He says that his “main task was to restore meaning to their lives”, and also talks about the general need for all of us to find deeper meaning in our lives.

He is a passionate advocate of the importance of fairy tales as an aid to the psychological health of children. Here is a brief selection of his many important statements (please excuse the sexist use of ‘he’):

Bettelheim stresses that “the true meaning and impact of a fairy tale can be appreciated, its enchantment can be experienced, only from the story in its original form” (p19). He is against “prettified and simplified versions which subdue their meaning and rob them of all deeper significance” (p24). He enlists in support Charles Dickens who “repeatedly expressed scorn for those who, motivated by an uninformed and petty rationality, insisted on rationalizing, bowdlerizing, or outlawing these stories, and thus robbed children of the important contributions fairy tales could make to their lives” (p23). (Dawkins and authors above, take note.) 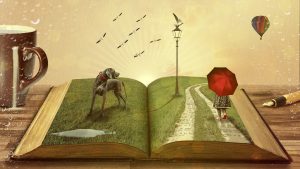 My own view is that Richard Dawkins’ position is so ridiculous that it is barely worth refuting. However, just for the record, Bettelheim exposes the total falsity of his first statement. As is blindingly obvious to anyone, children are fascinated by anything magical, as witnessed by the extraordinary success of the Harry Potter series, the enduring appeal of Alice in Wonderland, The Wizard of Oz, The Chronicles of Narnia, also the fascination with comic-book and mythological superheroes, and especially in Britain the TV series Doctor Who. It is reasonable to say therefore that children have a great need for magic, as strong as their need to play. Bettelheim confirms this when he says: “I have known many examples where, particularly in late adolescence, years of belief in magic are called upon to compensate for the person’s having been deprived of it prematurely in childhood, through stark reality having been forced on him. It is as if these young people feel that now is their last chance to make up for a severe deficiency in their life experience; or that without having had a period of belief in magic, they will be unable to meet the rigors of adult life” (p50–51). From this perspective, Dawkins is actively promoting something psychologically damaging to children (2).

Bettelheim also says on this theme:

Bettelheim says that “in trying to get a child to accept scientifically correct explanations, parents all too frequently discount scientific findings of how a child’s mind works” (p49). He is referring to the work of psychologist Jean Piaget. The child’s thinking is animistic, and “as Piaget has shown, the child’s thinking remains animistic until the age of puberty”. “Subjected to the rational teachings of others, the child only buries his ‘true knowledge’ deeper in his soul and it remains untouched by rationality; but it can be formed and informed by what fairy tales have to say” (p46). “In his early years, until age eight or ten, the child can develop only highly personalized concepts about what he experiences” (p49).

Thus Dawkins’ efforts are in vain, since “scientific explanations require objective thinking” (p49). Dawkins has a very limited understanding of psychological development, since he is so infatuated with reason and science, which he thinks, so it would seem, should be taught from birth. He is right to insist that children should not remain forever in their magical world; we obviously want a faculty of critical thinking to develop, especially when examining his ideas. This should, however, be done at the right time and not at the expense of magical thinking; we should find a balance between the two. We should be rightly critical of woolly thinking about things for which there is no evidence. At the same time, we should not allow the critical faculty to take us over, and reject on principle things for which there is good evidence.

The world is magical, although rational materialists like Dawkins try to tell us otherwise. Evidence for this would be parapsychology, the paranormal, synchronistic events, divinatory practices etc., perhaps everything connected with the psyche in the true meaning of the word, which Carl Jung has described as irrational. 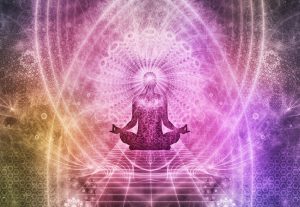 (1) quoted by Bettelheim, p5. I have not been able to find those exact words in online translations. An earlier translation of the German seems to be: “a deeper import lurks in the legend told my infant years than lies upon that truth, we live to learn”. (http://www.gutenberg.org/files/6786/6786-h/6786-h.htm#link2H_4_0021)

(2) On this theme it is interesting to note that many adults seem to be still locked into a fairy-tale mentality. As evidence for this, I would cite the excessive adulation of real life princesses, Diana, and more recently Meghan Markle.