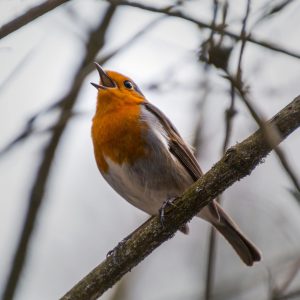 My main articles are intended to be serious, focussing on big issues. Here, while still trying to make serious points, I hope to offer some informal posts, the aim of which is to develop the ideas from the longer articles.     I’ll also use the blog to offer brief notes on subjects, which I shall hopefully develop at greater length in later articles.

The main categories are:

POLITICS: I shall be offering some comments on ongoing current events. There is a series of eight posts about Brexit, the British people’s decision to leave the European Union: Introduction, The Strange Case of Jeremy Corbyn, Reasons to Leave the European Union part 1, and part 2,  and The Lies and General Attitude of Remoaners,  Is the EU Really as Nice as it Claims?, Where is the European Union Taking Us?, and The Mystery of the Right-wing Press.

See also, Is the European Union Like the USSR?

SCIENCE: I shall be criticising many aspects of modern science. This is not because I am “anti-science”, rather because I want a better science. In simple terms it is a battle against materialism, physicalism, naturalism (whichever term you prefer, they mean more or less the same thing), which are often thin disguises for atheism – metaphysical opinions should not be passed off as science.

I have now begun a series of posts called A Reunification of Science and Religion. For the Introduction, click here.

A primary target will therefore be Darwinian-based theories of evolution, especially the neo-Darwinian synthesis. This will involve discussion of the Intelligent Design movement, and other anti-Darwinian ideas (but has absolutely nothing to do with biblical Creationism). On this theme I have published an Introduction. Various Thoughts for the Day will follow.

Also prominent will be a criticism of recent trends in psychology and neuroscience, which fail to understand the true nature of consciousness.

I shall be offering critiques of the arguments of prominent atheistic scientists and philosophers.

RELIGION and SPIRITUALITY: I shall again be arguing for better approaches to these. The aim is to bring the two closer together, and to develop a spiritual religion based upon actual experiences, rather than dogmas and creeds – what is often described as “faith”.

MYTHOLOGY: I believe that mythology should be an important feature of our education system. I am currently writing a series of articles on the theme of whether we can find a new mythology to unite humanity, in an attempt to solve the world’s problems. See the bottom of the Blog Index page for details.

An overall theme is that people are at many levels being deceived, whether deliberately or not. Without wishing to sound pompous, I am therefore battling for truth in the above areas. The only hope is if people, having noticed that they are being deceived, want to educate themselves. I hope that this website can help in that direction, and that readers will be inspired to do their own research in the topics covered.