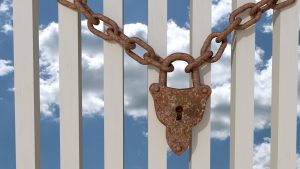 The EU is already authoritarian, imposing its vision and removing national sovereignty. It is therefore reasonable to ask where this will lead to, if their proposed union is achieved. Will all countries be instructed what to teach in schools and universities? Does that idea seem ludicrous to you? If so, read on.
From a spiritual perspective, a matter of serious concern is that there is an attempt by the Council of Europe to impose its worldview upon citizens. I quote an article by Casey Luskin of America’s Discovery Institute from 2007 (1):
“A hallmark of tyranny is when leaders believe they are so correct that they have the right to criminalize dissent. The Council of Europe claims to be a leading ‘human rights’ body in Europe, but last June its ‘Committee on Culture, Science and Education’ issued a report proposing a ban on intelligent design (ID) in science classrooms, suggesting ID may pose a ‘threat to human rights’… (A European Center for Law and Justice Memo) observes that the Council of Europe’s own Parliamentary Assembly has stated, ‘History has proven that violations of academic freedom . . . have always resulted in intellectual relapse, and consequently in social and economic stagnation,’ and that the European Court of Human Rights has held that ‘pluralism, tolerance and broadmindedness’ are requirements for democratic society. The Council of Europe’s ‘Committee on Culture, Science and Education’ apparently eschews these values when it comes to ID. Indeed, the Committee Report treats Darwinian evolution like a religious dogma, where “doubt” must be prevented through thought-control: The Committee Report asserts ‘there is absolutely no doubt that evolution is a central theory for our understanding of the Universe and of life on Earth’ and thus ID must be ‘combated’ because ‘it is necessary to avoid doubt entering individuals minds’ regarding evolution. The Council of Europe claims to “protect human rights (and) pluralist democracy,” yet the ECLJ Memo makes a powerful argument that it is the Committee Report that threatens the values of free society”.

The Council of Europe is not the same organisation as the European Union but, at the very least, it is part of something which might loosely be called the ongoing European project. Why should the European (economic and political) project be concerned about what is taught in schools and universities? This is not a debate about the truth or otherwise of Darwinian evolution, Intelligent Design, or even Creationism; it is obviously about the suppression of any legitimate, intelligent debate in matters of science, equivalent to the medieval Catholic Church’s suppression of “heresies”. As Luskin convincingly argues, the Council is flagrantly ignoring its own stated ideals (2). 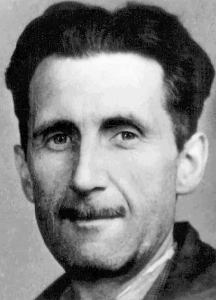 Footnotes:
(1) European Darwinists Attempt to Criminalize Intelligent Design as a “Threat to Human Rights”, https://www.evolutionnews.org/2007/08/european_darwinists_attempt_to/
(2) This article is obviously focusing on the European situation. However, it is interesting to note that something similar is happening in the USA – see https://evolutionnews.org/2018/04/acceptance-is-my-goal-reporter-spills-the-beans-on-true-goals-of-evolution-education/