My title may seem obscure, but please don’t be put off. For those people interested in religion and spirituality this is an extremely important topic.

This article follows on from an earlier series, The Council of Nicaea (the first significant moment), and several articles which try to come to terms with the consequences of the Council’s decision to establish as dogma the divinity of Jesus, what we might think about Jesus if a different conclusion had been reached (1).

I am continuing in similar vein here by asking whether the early Christian Fathers believed something different from what later became Christian orthodoxy. If so, who is in the best position to judge? We would usually assume that the earlier figures, the ones closer to the source, would have a better understanding. Two cases worthy of investigation are Clement of Alexandria, and especially Origen. Here I am going to focus on the latter.

I am assuming that most readers won’t have heard of this ‘significant moment’, but it has had profound implications for subsequent Christian theology, since it is concerned with the truth or otherwise of the doctrine of the preexistence (before conception and birth) of the soul, and by implication reincarnation. I first came across it while reading a book by Arthur M. Young, The Reflexive Universe (2). He said that this was widely believed in pre-Christian times: “This idea… was general in Egypt three thousand years before Plato (who subscribed to it) drew breath, and is in fact current in most religions, notably Buddhism, Hinduism, and in almost all primitive religion”. He then notes that “the soul’s preexistence was dropped from Christianity only in A.D. 553 by an edict known as the Anathema against Origen, pushed through by the Emperor Justinian while the Pope was in jail” (p176). 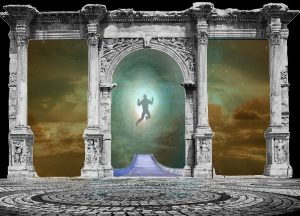 At first I thought that this sounded unlikely, perhaps apocryphal, even though Roman Emperors are known for being authoritarian and dictatorial. I thought therefore that I should check his source, Joseph Head and S. L. Cranston’s  Reincarnation: The Phoenix Fire Mystery (3), and it would seem that his account is correct (for details, see Appendix below, if interested).

What clearly emerges is that the Emperor Justinian was responsible for the condemnation of Origen, not the Church. Furthermore, it is significant that Pope Vigilius was put in jail for protesting against a previous edict of Justinian against three other ‘heretics’, which suggests that the Pope was strongly opposed to the theology and beliefs of the Emperor. Yet Justinian won the day and, as Head and Cranston say: “these curses brought in their wake serious consequences affecting for many centuries the life and thoughts of millions in the West…” (p157). Young comments: “I confess myself puzzled as to why it suits the Christian church to deny the soul’s preexistence; such denial certainly makes the soul’s immortality (which the church affirms) less credible, for how can that which doesn’t die be born?” (also p176)

I have already noted the behaviour of Constantine in my previous article on the first significant moment. Here we have another example of an emperor meddling in, or rather dictating Church affairs. It is no longer possible to ascertain for sure his motivation; was he merely asserting his own personal theological beliefs? It is reasonable to ask, who was actually in charge of Christianity at this time, the Church or the State?

So who was Origen, and why was his teaching so controversial? The Encyclopaedia Britannica says that he was “the  most prominent of all the Church Fathers with the possible exception of Augustine”. According to an online article (4), which is my source for what follows : “Through the study of comparative religions, and especially with the help of Greek and Oriental inspiration, Origen sought to establish Christianity on a philosophic basis by showing the fundamental ideas beneath them all to be the same”. He would therefore be an early exponent of what is known as the Perennial Philosophy. (The article further describes him as a “defender of the true spirit of Christianity”, obviously in the author’s opinion opposing the version which has been handed down to us thanks to Justinian.)

Yet at Constantinople in 553 A.D. the Fifth Ecumenical Council of the Christian Church, controlled by Justinian, “pronounced the notorious ‘anathemas’ against Origen, condemning as heretics all those who believe in and support his ‘impious’ doctrines” (along with six other unfortunate souls). 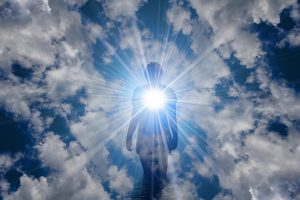 So what exactly was the problem with his doctrines? The declaration cited the “preexistence of souls, and… the  monstrous restoration which follows from it”. That’s a strange expression; what does it mean? Since it follows on from preexistence, it suggests the goal of the spiritual journey, the restoration of the soul to its original state of being. My source comes to that conclusion: “…reabsorption into the One Spirit, the ‘restoration’ of the soul to its own natural state of timelessness, a condition of consciousness without beginning or end, where Past, Present and Future are one”. Why on earth did Emperor Justinian find that idea monstrous and have to force it through against the will of Pope Vigilius? Perhaps he wanted to make Christianity distinctive from other religions. Whatever his motives, he was trying to establish as heresy what is the essence of spiritual teachings (Hinduism, Buddhism, Sufism, Kabbalah, and various esoteric schools). He was subsequently made a saint! (5)

The doctrine against the preexistence of the soul was imposed upon the Church by a Roman Emperor. Is it not time it was removed? I’ll repeat my quote from Head and Cranston above: “these curses brought in their wake serious consequences affecting for many centuries the life and thoughts of millions in the West…” I’ll deal with some of the implications for reincarnation in a subsequent article.

(1) For full details with links, please see under Christianity on this page:   http://spiritualityinpolitics.com/articles-2/

(5) in the Eastern Orthodox tradition, apparently. Here is further food for thought: “Justinian achieved nothing by the episode, however; he did not conciliate the Monophysites, he enraged Antioch by the attack on its teachers, and he aroused Rome particularly by his handling of Pope Vigilius and his attempt to determine doctrinal matters. The decrees of the council were not accepted by Vigilius’s successors, and a schism thus occurred between Rome and Constantinople that lasted until 610”. (The schism referred to is not the ultimate split of 1054 A.D.) (https://www.britannica.com/biography/Justinian-I)