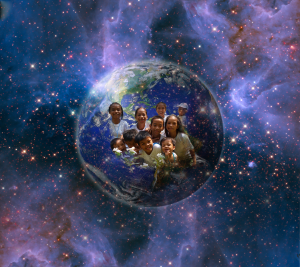 This article is a follow-up to Is the Earth a Superorganism?, Humanity as Part of the Superorganism, and to a lesser extent The Role of the Citizen in a Spiritual Society, and develops their theme. The question to be addressed here is whether the aims and ideals of the European Union could be considered a step in this direction.
Since those articles I have published some blogposts (for a list with links, see Blog Index under Politics) which give some background information about the EU, in order to prepare the ground. For the benefit of those readers who have not, or who do not wish to, read them, here is a summary of my conclusions :
a) The European Union is imposing its vision upon the people of Europe against their will, when this is allowed to be expressed. The effect, whether intended or not, of the European project is to remove national sovereignty and democracy.
b) The European Union, and British politicians indulge in lies in order to advance the European project.
c) The European Union is run by an unelected élite, not accountable to the people, and impossible to remove by democratic means.
d) Remain campaigners are sometimes equally guilty of the things of which they accuse Leavers.
e) The European Union may not be as altruistic as it claims; it may favour the rich business-class, and ignore the needs of the working-class.

Turning now to my main theme, some people believe that the EU is indeed a move towards the superorganism; I know someone who sincerely believes that humanity is a family, and that the Brexit decision was a regressive move inspired by nationalism and racism. I believe that it goes too far to say that these were the only factors, and that there were not other positive reasons for voting Leave. At the same time, it would be foolish to deny that these elements did contribute to the result. How should we respond?
Even if we put the best possible spin on the EU, and say that its leaders are sincerely operating from altruistic motives, the problem remains that you have to take the people with you. The EU’s vision cannot be imposed against the will of the people. In spiritual language we might say that there has not been the necessary transformation of consciousness. We are now experiencing the reaction, the growth and popularity of right wing and far-right movements:
1) the Front National under the leadership of Marine Le Pen in France, more popular than the incumbent socialist François Hollande in last year’s presidential election
2) a significant gain for a) the right-wing Alternative für Deutschland, which sent shockwaves across Europe by becoming Germany’s third biggest political force in the September 2017 election. Their success seems to have been, at least in part, a reaction to Angela Merkel’s humanitarian gesture of offering asylum to a million Syrian refugees.
b) Geert Wilders’s Partij voor de Vrijheid (Party for Freedom), which finished second in the March 2017 Dutch general election, having increased its number of seats from twelve to twenty – Holland is supposed to be a liberal country.
3) The right-wing president of Hungary, Viktor Orbán, was re-elected following a resounding victory in the recent general election. He was already in conflict with the EU’s policy on immigration, having had erected a fence capable of delivering electric shocks across its southern border. Voters quoted on radio interviews were saying “We want to be Hungarian”.

Soon after the British referendum the philosopher John Gray commented: “Ominous rumblings in European politics have been written off as signs of backwardness, that would fade away as the new order was put in place” (1). What is happening now is far more than mere ominous rumblings; the rise of right-wing “populism” is now beginning to threaten the status quo, and is definitely not fading away. The EU is alarmed about such developments and criticises them, yet it is directly responsible for them because, I repeat, it has tried to impose its vision against the will of the peoples, who clearly are not yet ready for the EU’s vision, whether or not it is a good idea (2).

Is the goal of the EU actually to create a family of nations? It may superficially appear to be doing so, but there is no real suggestion that there is any spiritual perspective, the goals seeming rather to be economic and political. Since the people, when consulted, tend to reject the EU, it is reasonable to ask, what is it that actually brings people closer together? The answer is not difficult to ascertain; it is something stronger than politics, a sense of group identity, whether of a nation or of a class, a shared language, culture and customs. The EU, in its attempt to create economic unification, has attempted to suppress the national loyalties of the European people, who are now fighting back.

Is it possible to believe in and aspire to the superorganism idea, the human family, and yet still want to retain diversity, national differences? It may seem paradoxical, but that is exactly what spiritually oriented thinkers and cutting-edge scientists believe.
I have already mentioned in a previous article the thoughts of Arthur M. Young: “However noble the surrender of personality… this sacrifice can only be authentic after personality has been fully achieved”. “Merging into a superorganism, if it occurs at all, can occur only after the individuation has been completed… (which) would see the end of individuation and the reunion of the self with the group…’ (3). He is talking here about individuals, but I believe we can apply the same idea to a nation (4).
Ervin Laszlo is a distinguished physicist, who discusses the evolution from ego-bound to transpersonal consciousness (5). He says that “the system of nation-states would transform into a more inclusive and coordinated system with due respect for diversity and the right of all peoples and cultures to self-determination. Economic systems would remain diversified but not fragmented; they would combine local autonomy with global coordination and pursue goals that serve all the peoples and countries of the world…”
Alex Evans is not exactly a spiritual figure, but he is deeply committed to resolving the global environmental crisis. In his book The Myth Gap (6) he discusses the ideas of Robert Wright and his book NonZero: History, Evolution, and Human Cooperation (7). I’ll mention two significant observations:
1) Non-zero-sum games, those in which “everyone’s interests are aligned, so that everyone wins or loses together”, tend to win out in the long run (p42).
2) There has been “the expansion over time of the size of the we with whom we empathize” (p43).
So the movement towards the superorganism is the issue in question. Evans then goes on to discuss the ideas of Pierre Teilhard de Chardin, who calls this movement planetization, saying that he “believed that this process of convergence and planetization, of becoming part of an ever larger us, doesn’t eradicate what makes individuals or cultures unique”. He then quotes Teilhard, but here I will add a little more from the same passage: “In any domain – whether it be the cells of a body, the members of a society or the elements of a spiritual synthesis – union differentiates. In every organised whole, the parts perfect themselves and fulfil themselves… The grains of consciousness do not tend to lose their outlines and blend, but, on the contrary, to accentuate the depth and incommunicability of their egos. The more other they become in conjunction, the more they find themselves as ‘self’ ” (8).

And here is the crowning glory. Peter Russell, whose book The Awakening Earth has been a major source of inspiration for my previous articles on the superorganism, says the following: “Being in tune with each other, humanity and the rest of the environment does not mean that we would all become similar, either in behaviour or needs. The cells in your body do not have to become similar in order for you to be a healthy organism; the oneness is at a far deeper level. In a high synergy society, there would be just as rich a diversity of people and interests as there are now. Indeed, freed from the psychological need to belong and conform to a norm, people would be at greater liberty to express their individuality. …diversity would increase. It would be seen as a healthy and productive aspect of an evolving organic society.
“Similarly, there would be no loss of diversity at the national level. If anything groups would become more in touch with their particular ethnic and cultural heritages” (9).

As I said above, it may seem paradoxical to suggest that in order to achieve a coming together, we need to become more deeply steeped in our individuality, as persons and as nations. This is not something that can be proved, but it feels right. I would prefer to listen to the opinions of these spiritual heavyweights than the unelected bureaucrats of the European Union. Their attempt to impose their vision is not the answer.

To put it mildly, I am not a big fan of Margaret Thatcher. However, one thing she got completely right was her attitude to the European Union, as outlined in her famous Bruges speech, 20/9/1988: “My first guiding principle is this: willing and active co-operation between independent sovereign states is the best way to build a successful European Community. To try to suppress nationhood and concentrate power at the centre of a European conglomerate would be highly damaging and would jeopardise the objectives we seek to achieve. Europe will be stronger precisely because it has France as France, Spain as Spain, Britain as Britain, each with its own customs, traditions and identity. It would be folly to try to fit them into some sort of identikit European personality”.

Footnotes:
(1) BBC Radio4, Point of View, July 12th 2016
(2) Several years ago I heard a political journalist on the radio quote an (unnamed) Conservative Member of Parliament say “There are bigots out there and they need representing”. That’s an interesting idea. You could criticise him for saying this – at the time I remember thinking “You could also say they need educating” – but, at the very least, his viewpoint had the merit of being in tune with the state of consciousness of his electorate. It may be desirable to “educate” such people, but in general it’s very hard to persuade other people that what they think is wrong, and that they should change their views.
(3) The Reflexive Universe, Robert Briggs Associates, 1976, pp195, 196
(4)  I am thinking here of a human being as a microcosm, or one level of Arthur Koestler’s holon idea, for an explanation of which see my article The Role of the Citizen in a Spiritual Society.
(5) Science and the Akashic Field, Inner Traditions, 2004. See chapter 8, the quote is from pp152-3.
(6) Transworld Publishers, 2017, chapter 6
(7) Abacus, 2001
(8) The Phenomenon of Man, Harper Colophon, 1975, p262
(9) Routledge & Kegan Paul, 1982, pp183-4. In order not to be accused of taking a quote out of context, I should add that Russell goes on to say: “This trend towards increasing diversity in no way contradicts the complementary trend to greater collectivity, and the formation and expansion of trans-national groups such as the EEC”. He would seem to look favourably on the European project, therefore. I would merely add that he was writing a long time ago, and was referring to the forerunner of the EU. He might have changed his mind, given subsequent developments.