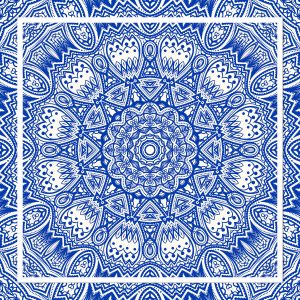 Here I go into detail about what politics inspired by spirituality might look like, beginning with some material which is also on my other site.

Put as simply as possible, my message is that modern society has gone astray, having lost contact with the spiritual wisdom of earlier societies. The beginning of this problem can be traced to the rise of the Enlightenment, modern physicalist science, and the accompanying march towards atheism, secularism, and humanism. In the wake of this, religion has become a private matter for the individual citizen, and is thought to have no place in politics.

In the past cultures were built on the idea of a relationship with higher powers. Ancient texts which exemplify this are the Bhagavad Gita in Hinduism, the Tao Te Ching in Taoism, the Hermetic and Gnostic traditions, Jewish Kabbalism and so on. Before European interference, there were strong spiritual traditions going back a long way among Native Americans, Australian Aborigines, and many other tribal cultures around the world.

I suggest that the solution to society’s problems, although in practice it might be difficult to achieve, can be found in a reconnection with these ancient wisdom traditions, without sacrificing the genuine advances of modern science. It is not intended to be a regressive looking backwards, rather a progressive looking forward to a future where science and spirituality can be reconciled, and reunified.

Many people are openly hostile to religion; others are heavily critical, sometimes for good reasons.         Rather than reject religion, however, it is better to reinvent it by retaining its original spiritual truths whilst accepting valid criticisms, at the same time exposing the flaws in atheistic, physicalist, and humanistic thinking.

Many people say that they are disillusioned with politics. They are dissatisfied with what is currently on offer, some actually saying that they see no future in these options, and are looking for something radically different, even if they are not necessarily sure what that is. As stated above, my proposal is that society would be radically improved if it were built upon a foundation of spirituality, and the purpose of this website is therefore to explore what that might look like.

To achieve a government along these lines would be a difficult challenge. Britain has been described as one of the most irreligious societies, which refers to the beliefs of its citizens. Also there is a strong tendency to think that politics should be separate from religion, the latter being merely a private matter. Alistair Campbell famously interrupted Tony Blair when he was asked about his faith during an interview, saying “We don’t do God”. He presumably thought that this would turn people off from voting for him.

So my suggestion is somewhat revolutionary, and would provoke much controversy. I don’t have a problem with that; good things are worth fighting for. Before going any further, however, some clarification might be helpful.

Alistair Campbell’s intervention did not prevent Tony Blair from going on six years later to state in an article in the New Statesman that “Religious faith and how it develops could be of the same significance to the 21st century as political ideology was to the 20th…. leaders, whether of religious faith themselves or not, have to ‘do God’.” He also suggested that while in office he felt that religion was a key to understanding the modern world (1).

While I might to some extent agree with the sentiments he expressed there, I suspect that in reality Blair and I have nothing in common on this issue. So let me make it clear that this is not what I am talking about. Blair might have suggested that his faith in God had led him to stand shoulder to shoulder with George W. Bush (this is merely a hypothesis, not a quote), who has said “I am driven with a mission from God” (in relation to the Middle East problem), and that God had told him to “end the tyranny” in Iraq (these are reported actual quotes).

In my understanding, God is not a being that can be spoken to. To think that this is the case is to speak of a “personal God”. I suspect that the Judaeo-Christian tradition’s overemphasis on monotheism has led it to believe that any advice, guidance, “orders” from beyond the material world must have come from God. In my opinion, they are confusing God with what from other perspectives would be called the Higher Self, guiding spirit, what some ancient Greeks called the daemon, or other benevolent discarnate entities. We should also not forget that “voices in the head” are not necessarily benign – ask any schizophrenic! For what it’s worth, if these two leaders had followed the ideas that I will be advocating, they might have discovered in advance that Iraq had no weapons of mass destruction! (See the articles on The Spirit of Guidance, and Divination below.)

Hopefully the above makes it clear what I am not saying. What I am saying will become clearer as the website develops. For the moment, I will note some traditions that I think would be useful influences in developing a spiritual approach to politics:
Eastern religions: Hinduism, Buddhism, Taoism
Sufism, Hermeticism, Gnosticism, Kabbalah
An ancient Greek spiritual stream of thought culminating in Plato.
(The Christian tradition will also figure, but it is much more problematic)

What do I mean by “spirituality”?  Some people say, “I am not religious, but I am very spiritual”. I take this to mean that, even though they are at best ambivalent to organised religions, they nevertheless feel connected to something transcendental, a hidden reality beyond this world. Personally, I regret this distinction. The preferred original meaning, etymologically speaking, of the word religion is to link back, that is to say to reconnect with the divine source, which is what people on a spiritual path are aspiring to. So the two words should be synonymous. If people no longer feel this connection, and therefore feel the need to make this distinction, it is presumably because organised religions are perceived to have lost touch with their original spirituality, and seem to have nothing to offer. For this reason I shall continue to use the term spirituality rather than religion. At the same time I hope to indicate a path to bring the two closer together, which will hopefully help to overcome many peoples’ hostility to religion.

Secondly, it is sometimes said that atheists can be spiritual. They may, for example, be philanthropic, anti-materialistic, campaigners for social justice, profoundly inspired by music and art, or have the “feeling of awe at the scheme that is manifested in the material universe” (2). While having nothing against such attitudes, that is not what I understand by spirituality. In my view, spirituality means an attempt to connect with and be guided by spirit, the highest level of a multi-layered reality, even if most of the time the connection may be with intermediate levels. The term which resonates the most with me is the Sufis’ Spirit of Guidance, since this covers all levels of the connection with what is beyond. Another relevant phrase I like is “the harmonious and beneficent forces of the cosmos”, which is how the I Ching puts it (3).

From this perspective, atheism and spirituality are a contradiction in terms, unless an unusual meaning of the word atheism is intended – Buddhism is sometimes described as atheistic. Atheists deny the existence of these higher levels of reality, so trying to connect with them would be meaningless for them.