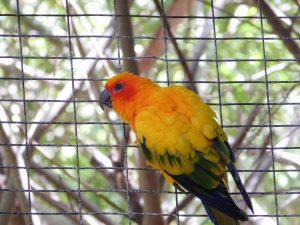 If the contents of my articles so far could be found united in one person, my choice would be the late Raynor C. Johnson. He wrote several books about spirituality and mysticism, with a strong interest in parapsychology. Here I will focus on just two of them, The Imprisoned Splendour and The Spiritual Path, (henceforward IS and SP when referred to quotes).
Before I go on to discuss him, I would like to share a personal anecdote. In my article The Spirit of Guidance, I mention the idea of strong intuitions, which Rosalind Heywood called “orders”. I say there that I have had some experiences of this but did not go into details there. Here is one example.
One day while travelling on a bus on the way home from work, something very insistent was making me know that in my local library there was a book that I had to read. It is hard to put into words exactly how I experienced this. It was not an inner voice speaking, but as if that were the case; something was gripping me, filling me with this certain knowledge. Nothing like this had ever happened to me before, so I experienced a certain reluctance to obey, thinking that it seemed like a crazy idea. However, I felt sure that this prompting was not going to let go, and I had nothing to lose by going to the library to find out (apart from discovering that the whole experience was in fact crazy, if no book was there). So I went. I had recently gone through a period of intense experiences, which taken together, could be called a religious conversion. So it seemed highly likely that this book would be something on that theme. I went to the religion section, and perused the books there. One title jumped out, Johnson’s The Spiritual Path. The epigram at the front, taken from John Bunyan’s poem The Pilgrim, hinted, given my state of mind at that time, that this might be the intended book, but then something much more extraordinary happened.
The central event in my “conversion” was a synchronicity in which the external element involved a church and a quotation from the Bible. That doesn’t sound much when put into words, but it was a truly shattering experience. That experience led me a little later to read the four gospels for the first time. That was very interesting; I found lots of material that I would not have expected. Subsequently, I wanted to collect my thoughts on what I was reading, so I made some notes, started writing what might become later essays/articles. That was the situation when I was standing in the library, looking at this book. I then opened it to a random page and, to my amazement, I saw a paragraph which closely reflected something that I had written myself, sometimes using almost the same words, just a few days previously. That was the decisive factor which let me know that this was the book that was intended by these “orders”.
What do I understand by all this? Obviously it seemed that the Spirit of Guidance wanted me to be aware of this book, was offering it to me as a textbook for understanding life, religion and, as the title states, the Spiritual Path. There is a further extraordinary implication, however. We tend to think that we make decisions, that we have free will to a certain extent, (despite the attempts of some neuroscientists to persuade us otherwise). When I was writing those notes on the gospels, I assumed I was doing it to clarify, make a record of my ideas. In retrospect, it seemed that actually my hidden self was controlling my ego to write those words, in preparation for the later experience in the library. If true, this is significant evidence that our ego can sometimes be the unconscious ambassador of the hidden self.

Who is Raynor Johnson? Biographical details can easily be found online, so here I’ll be very brief. He has very strong intellectual credentials: he won a scholarship to Oxford University, obtained BA, MA and PhD degrees, then went on to have a distinguished career in science (physics) and university education. He is therefore a formidable figure.
I’ll now list the reasons that led me to make the statement at the beginning of this article (I concede, in the light of the above, that his ideas may have had some influence on my thinking, although on the whole what I have said in earlier articles is based on my own experiences.):
a) Although he does not mention the term Perennial Philosophy (except in the bibliography of suggestions for further reading, where Aldous Huxley’s book is found), he is deeply steeped in its ideas and traditions. His ideas seem closest to Hinduism (he quotes the Bhagavad Gita, which is sometimes described as the foremost expression of the Perennial Philosophy). At the same time, he is very comfortable with Christianity, Buddhism and philosophers like Plato, thus a figure who wants to synthesize, not promote one tradition over another.

b) He is a significant precursor of Kelly’s group’s Beyond Physicalism, although he is mentioned only briefly there. The title Imprisoned Splendour, which is a term taken from Robert Browning’s poem Paracelsus, suggests that something very special (the soul) has been trapped within something which limits it (the body/brain). This fits in neatly with the transmission model of William James, which is one of the core beliefs of Kelly’s group. This states that consciousness pre-exists the brain, which serves as an organ to limit, restrict it, thus to be in a position to transmit or permit ‘expressions of mind, consciousness, feelings, willings, imaginings, and so forth’ (1).
Johnson doesn’t use Kelly’s term “evolutionary panentheism”, yet a statement like this strongly suggests it: ‘Our conception of the significance of evolution is, then, of Mind seeking development – which means ever-increasing potentiality of awareness for the consciousness which lies behind Mind. It awakens from its dreaming state to its true growth or becoming by its downward plunge into the world of matter’ (2).
He was involved with the Society for Psychical Research in London, a student of and believer in ESP and the paranormal, like the Kelly group.

c) He is very interested in the ideas of Jung, and accepts his Individuation Process as the Spiritual Path (3). It is no surprise therefore that he believes strongly in the importance of dreams (4).

d) He is a figure who reunifies science and religion. As I said above, he was a distinguished physicist. He is very aware of the implications of quantum mechanics for our understanding of reality (5), which coincides with the worldview expressed by Eastern religions. He sees absolutely no conflict between proper science and religion/mysticism. At the same time, he is aware of the limitations of the scientific method. He thinks that intuition may be superior to the rational mind and, somewhat remarkably for a scientist, is willing to accept the writings of poets, specifically the Romantics, as a source of authority at least equal to, if not above, the theories of scientists. Several of them are quoted in The Imprisoned Splendour.

e) He thinks of the ego in the same way as I described in my Spirit of Guidance article. He says: ‘We shall regard the Ego as the lower self – an outpost or ambassador of the higher Self which in its true nature is essentially divine and rests beyond the flux and change of time and form’ (6).
He concurs with what I said previously about there being a plan for each new incarnation: ‘Before birth is undertaken, the soul has a preview of its new situation, and it sees the possibilities contained within it for the soul’s progress’ (7).
He is an advocate of Karma Yoga as one spiritual path. He says: ’action in the right spirit is one way’ (8).

So I highly recommend these two books for anyone interested in seeking answers to life’s big questions. The Spiritual Path seems timeless. In the case of The Imprisoned Splendour, the reader has to remember the date of writing, 1953. Some of Johnson’s scientific statements in his non-specialist subjects might now benefit from knowledge of later developments. Yet it remains a comprehensive investigation, and reveals a profound understanding of the multi-levelled universe.