This is my last article in a series which discusses the question of humanity as part of the superorganism of the Earth, the nature of the European Union, reasons for the United Kingdom to leave it, and the relationships between those topics. Here there are some references to these and other articles, if you feel the need for more background, in order to avoid repetition. (For a list of this series see footnote 1.) 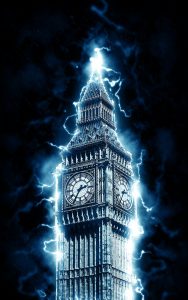 In previous articles I have outlined how the United Kingdom’s decision to leave the European Union was partly driven by racist and nationalist sentiments, and how these sentiments are now growing in other nations still in it. Remainers have focused upon this, and try to claim that this was the sole motivation for the Brexit vote (2), saying that we will now become a more closed, insular nation, a stagnant backwater. This suggests, however, that such matters are beyond our control, and that we cannot choose to be otherwise. It also suggests that racists and nationalists might take control of the process. It doesn’t have to be that way.

In previous articles I have made various general suggestions for the direction of a spiritual society. So here I will restrict myself to further observations relevant to the EU.

As a generalisation, the further from the centre a person’s political views are, the more likely it will be that they have voted Leave. This is not hard to understand from a left-wing, socialist perspective, since such people perceive the EU to be a capitalist club. For example, there is a movement called Trade Unionists Against the European Union. Fawzi Ibrahim, their national officer, has argued that, if the British want to end the economics of austerity and build an economy based on high-skill industry and manufacturing, which were the promises of the Labour Party’s 2017 election manifesto, “most of the promises and policies in that manifesto could not be met if the UK stays in the Single Market” (3).

If this is the case, why are right-wing conservatives, who are obviously capitalists by nature, so in favour of Brexit? One possibility is that they want our businesses to be free of worker-friendly EU regulations, which they perceive as restrictive, so that they can, over a period of time, begin to treat the workforce worse. (They would obviously cover this up, however, by saying that it is the principle of national sovereignty at stake, taking back control of our affairs, which sounds much more honourable.) If this is true, then we must guard against such a development, and Prime Minister Theresa May has publicly promised as much. The question is, can we trust her?

A similar argument can be applied to environmental measures. Do right-wing British capitalists want to be free of the EU so that they can relax the regulations, and focus on making profits? Again, any movement in that direction should also be resisted.

There is also the problem of business and trading arrangements — the Single Market and the Customs Union. We are assured by the business community, and I have no reason to doubt them, that abandoning these agreements will make importing and exporting more difficult, therefore damaging trade (4).

So, if we arrive at a position where we retain all the EU’s good points in relation to workers’ rights and the environment, and we are making trade more difficult, it is reasonable to ask why we are leaving in the first place.

I have outlined some reasons for Leaving in previous blogposts, so here I will only add new observations.

It is possible to be against the EU from a moderate, liberal position; this is more in tune with a spiritual perspective. Voting Leave did not mean that one is either reactionary, racist, or nationalist. There are many sensible, intelligent, liberal in the true meaning of the word, Brexiteers. The main problem which faces us, if we want to build a worldwide family of nations, a human superorganism, is the current attitude of many citizens (5). What we need therefore is a transformation of consciousness, something which the EU is seemingly unable to achieve.

How long does it take to transform the attitude of the population? In the 1960s:

Now drinking and driving is illegal and not socially acceptable, openly racist statements and attitudes are not tolerated, and in 2013 gay marriage was made legal, with even the Prime Minister David Cameron campaigning for it.

So it seems to take 40–50 years to achieve a significant transformation of attitudes. The EU may be thinking along these lines, as it tries to continue to impose its vision. I repeat a quote from my last article: “Ominous rumblings in European politics have been written off as signs of backwardness, that would fade away as the new order was put in place” (6). I then commented: “What is happening now is far more than mere ominous rumblings; the rise of right-wing ‘populism’ is now beginning to threaten the status quo, and is definitely not fading away. The EU is alarmed about such developments and criticises them, yet it is directly responsible for them because it has tried to impose its vision against the will of the peoples, who clearly are not yet ready for the EU’s vision, whether or not it is a good idea”.

Allowing the EU to remain in charge of and supervising this process is therefore unwise and, I might add, unlikely to succeed, since they are clearly unwilling to adapt their vision or modify their policies. It is better for the United Kingdom to free itself, for us to go our own way, and seek a new vision for the future, focusing upon persuading our citizens to move towards a more spiritual perspective, which I concede would not be an easy task. 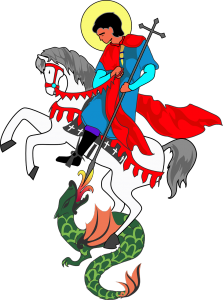 In a previous article I have outlined various policies which I believe would help (7). Here I’ll address some other related issues.

One interesting question is, why do people need to identify with their nation in order to feel more secure? Is it because they do not feel sufficiently secure in their own personal identity? A remedy would be to adopt policies to help people to be more psychologically healthy, more comfortable in their own skin. At a simple level, in the education system there could be more focus on character and personality development instead of academic learning. More significant might perhaps be the introduction of psychotherapeutic subjects (Freud, Jung, and others), to help people understand their own issues better, thus enabling them to resolve them.

A second question would be, is it possible to accelerate this process of transforming the public consciousness? The educational curriculum could include more information about spiritual matters, and could constantly challenge atheistic and materialist ideas. Also, it is important to enable people to have actual spiritual experiences (8).

To conclude, the EU is not Europe, merely a particular set of arrangements by some European countries. We will not be leaving Europe, merely a political institution. (We may share the EU’s stated ideals, but we do not necessarily trust it to implement them.) We will remain part of the European people, and take our place in a larger world. There is nothing wrong with becoming more closed and insular, for a period of time, if the end result is that Britain becomes a beacon for the world, provides inspiration and a model for a spiritual worldwide society, the human superorganism.

Whatever else one may think about Nigel Farage and UKIP (his United Kingdom Independence Party), we should be eternally grateful to him because he, almost singlehandedly, managed to achieve the divorce from the EU, by forcing David Cameron to hold the referendum. Cameron presumably thought that, by invoking Project Fear, he would win the vote on behalf of the Establishment, but he turned out to be very wrong. Now UKIP are in decline and disarray, so we can hopefully leave them and Farage behind. We can reflect, as the saying goes, that God may move in mysterious ways in order to achieve long-term goals.

Brexit has not gone very well, as everyone knows. What I wrote in the final paragraph above needs some revision therefore. At the time of writing the UK is being forced to participate in European elections, and Nigel Farage, having separated himself from UKIP, which has drifted further to the Right, has now formed the Brexit Party in order to continue the fight to leave the EU. Following the refusal of the Conservative and Labour parties to achieve Brexit, it now makes sense for Brexiteers of all political persuasions to vote for his party in all elections until Brexit is finally achieved.

(1) The main theme of my recent articles and blogposts is the question of whether humanity is part of the Earth as a superorganism. The two most relevant are therefore Is the Earth a Superorganism? and Humanity as Part of the Superorganism. These were preceded by some background scientific information in The Superorganism — a Challenge to Materialist Science. This led me on to ask whether the European Union could be seen as part of this ongoing process of global connectivity. I don’t believe that it is, and I made some preliminary observations about the EU in a series of blogposts: Introduction, The Strange Case of Jeremy Corbyn, Reasons to Leave the European Union, A Further Reason to Leave the European Union — the 2014 Bill, The Lies and General Attitude of Remoaners,  Is the EU Really as Nice as it Claims?,  Where is the European Union Taking Us?, and  the Mystery of the Right-wing Press. Following those background observations, I returned to the main theme in The Superorganism Question and the European Union. These can easily be found from the main menu.

(2) The Liberal Democrat leader Sir Vince Cable said at the party’s 2018 Spring conference that Brexit was driven by the “white nostalgia” of the elderly, a longing for “a world where passports were blue, faces were white and the map was coloured imperial pink”.

For an especially demented rant by a Remainer, essentially comparing Brexiteers to faeces, see an article in the Guardian by Nick Cohen: https://www.theguardian.com/commentisfree/2016/jun/18/eu-referendum-vote-leave-campaign-poisonous

(3) Article, Sept. 21st 2017, Labour Must Choose the People or the Single Market, www.spiked-online.com

(4) We don’t know for sure, but there is a possibility that there might be some economic problems, a period of relative hardship. After all, that was the threat made by Project Fear. It was frequently said after the referendum that “we didn’t vote to be poor”. A possible solution to the envisaged problems for business might be a return to something along the lines of the European Economic Community (the predecessor of the EU), but it would have to be a pure trading arrangement, without the accompanying agenda of political integration.

(5) I am referring primarily to the right-wing, “populist” movements in Europe, as described in my article The Superorganism Question and the European Union.

(8) The easiest way of achieving this would be a state-controlled programme of psychedelic drug taking, specifically LSD. I have proposed this in my article Headline Policies for a Spiritual Society, which is the same as footnote 7. I intend to go into more detail in a future article.