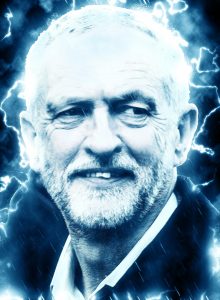 As stated in the previous article, I’ll look here at the claimed advantages of being in the European Union. I’ll do this by examining the case of a surprise convert to the Remain cause.

On April 14th 2016 the Labour Party leader Jeremy Corbyn made a speech, recommending voting to remain in the European Union in the forthcoming referendum. Many political commentators were, to say the least, somewhat surprised by this, since he had been a longstanding critic of the EU. Here is a brief history (1):
In 1975 he voted against remaining in the European Economic Community, the forerunner of the EU (2).
In 1993 he spoke out against the Maastricht Treaty, which established the European Union, and moved towards political and economic union. He said then that it takes away from national parliaments the power to set economic policy, and hands it over to an unelected set of bankers, who will impose the economic policies of price stability, deflation and high unemployment throughout the European community. In 1996, he again expressed doubts about the lack of accountability: “We have a European bureaucracy, totally unaccountable to anybody, powers have gone from national parliaments. They haven’t gone to the European Parliament; they’ve gone to the Commission and to some extent to the Council of Ministers. These are quite serious matters”.
In 2008, he voted against the Lisbon Treaty. He wrote the following year: “The project has always been to create a huge, free-market Europe, with ever-limiting powers for national parliaments, and an increasingly powerful, common foreign security policy”. He has also accused the EU of endorsing tax havens, and has said we should oppose it if this meant the imposition of free-market policies across Europe. It is therefore obvious that he has always perceived the EU to be a blatantly unapologetic capitalist organisation. Media commentators have suggested that his opposition to the EU was based upon his assumption that he would find it very difficult to implement the socialist society he desires in Britain while it remained in the EU. The quotes above support this view unequivocally.

It was somewhat surprising, therefore, when he said in the speech mentioned at the beginning that there was “a strong socialist case for remaining” (although he also said that he wanted reform and progressive change). He said that we should remain in the EU “warts and all”. This was a somewhat remarkable conversion.
Some members of his party nevertheless criticised him for offering apparently only lukewarm support during the referendum campaign. He dismissed these claims, yet every time he appeared on television endorsing the Remain campaign, he spoke in a dull, monotone voice, and always looked (to me) as though someone was holding a gun to his head. How can we explain all this?
His party overwhelmingly wanted Britain to remain in. He is willing to oppose publicly his party on the question of nuclear weapons (Britain’s Trident programme), yet obviously feels, for whatever reason, unwilling to do the same on the question of the EU. Last year I was at a friend’s birthday party, where I was introduced to a senior person within the Fabian Society. I put this question to her (an enthusiastic Remainer). She appeared to agree with my suggestion that he was a reluctant Remainer, and her reply was “someone must have leant on him”. Given that he has a reputation for being “a man of principle”, someone who always speaks his mind, this would appear to be something of an understatement! There must have been some seriously heavy pressure put on him by some unnamed people. What was he afraid of? (3)

Perhaps I am being unnecessarily suspicious of his motives. Instead let’s take his comments at face value. The reasons he offered for his conversion were:

All these are very reasonable objectives, and it would be hard to argue against them. None of this was new, however, all these items being on the EU agenda at the time when he was previously criticising it heavily. So none of this explains his conversion. I might also add that we do not need to be in the European Union to adopt such policies; we are quite capable of legislating for them ourselves. This leads to the suspicion that he wanted to remain in the EU in order to have these policies imposed from outside, because he could not foresee winning an election and implementing them himself, although he obviously could not admit this. (It is interesting that he did not mention the benefits for trade of being in the Single Market and the Customs Union, which are also frequently stated as advantages.)
Another reason he gave was much more dubious, addressing the overweening power of global corporations and ensuring they pay fair taxes. This was a strange claim, given that he had previously accused the EU of supporting tax havens. I don’t know if he was right, but that was obviously his opinion. More interesting, however, is the suggestion that the current President, Jean-Claude Juncker, “spent years in his previous role as Luxembourg’s prime minister secretly blocking EU efforts to tackle tax avoidance by multinational corporations, leaked documents reveal” (4). So even if the EU were not supporting tax havens before, they now have someone in place who is sympathetic to the idea!

His arguments then became weaker. He said that “there is a powerful socialist case for reform and progressive change in Europe”, and that “change can only come from working with our allies in the EU. It’s perfectly possible to be critical and still be convinced we need to remain a member”. He went on to talk about the need for more accountability, economic and labour market reforms in a real social Europe. (Was he afraid to say “socialist”?)
So Jeremy Corbyn thinks that Britain could remain in the EU and persuade it to convert to Socialism?  I suggest that this optimism is bizarre and naïve. He obviously did not learn from the experience of Prime Minister David Cameron who had been campaigning on the idea of remaining within a reformed European Union. He had clocked up many airmiles travelling around Europe, trying to obtain concessions from various leaders. If the EU had really wanted us to remain, you would have thought they would have offered him something meaningful which he could have taken back and offered to the British electorate. Instead they left him in the embarrassing position of having to try to sound enthusiastic about almost nothing. The headline “concession” was that Britain would never have to join the Euro. But nobody around that time had even suggested that this was on the agenda; it was therefore something of a dead issue.
So why did Jeremy Corbyn think he was single-handedly going to persuade the EU to reform on issues of democratic accountability? One of the EU’s raisons d’être is actually to remove national sovereignty, thus democratic accountability, as he himself had previously stated with great clarity. I’ll address that topic in my next article. 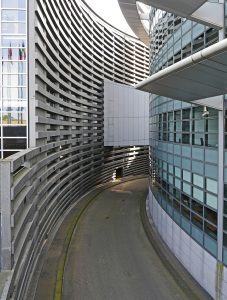