Many people, including me, in Britain were somewhat surprised when it was announced in the media on October 17th 2014 that we had been presented with an apparently sudden and unanticipated bill for £1.7 billion from the European Commission, with the request that it be paid by December 1st.
What was the reason for this bill? Apparently there was an agreement that economies which perform better should make extra contributions to the EU budget. It had been calculated that the British economy had been performing better than expected over the previous four years.
Prime Minister David Cameron, presumably in an attempt to impress the electorate, responded: “It has never been the case that a €2 billion bill has suddenly been presented like this. It’s an appalling way to behave. I’m not paying that bill. It’s not going to happen”. Commission President José Manuel Barroso, however, said that the demand should “not have come as a surprise” to the UK, as it was made under a system agreed by all the member states and based on data provided by them”.
Yet very few people knew about this agreement, which explained the surprise which the announcement caused. I follow politics and the media reasonably carefully, and I had never heard of it. This suggests that our politicians deliberately keep quiet arrangements they enter into, on the assumption that the electorate would find them unacceptable. And they would be right. This agreement is outrageous. What is the incentive for a nation to work hard and have a strong economy if the end result is that we have to give away the fruits of our success to other countries who don’t, and in future obviously won’t, feel the need to work so hard. It was somewhat ironic that the same calculation gave refunds to Germany and France, the two most prominent and most wealthy members of the EU, to the tune of €780m and €1.16bn.
What was the outcome of all this? You may be wondering, if you don’t already know, what happened, David Cameron having said that he was definitely not going to pay the bill. It was reported in the Daily Mail the following September that Britain had quietly paid the £1.7billion European Union surcharge in two instalments on July 1st and September 1st in full, even though Chancellor George Osborne had claimed, a fortnight after the bill was revealed, to have halved it at negotiations in Brussels. A cross-party House of Commons Treasury Committee report subsequently decided that Mr Osborne’s claim was “not supported by the facts”. So another lie. 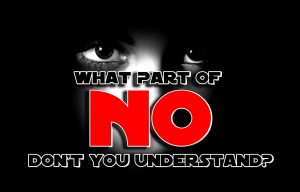