This is the final article in a series about alchemy. In the first I discussed the career of Sir Isaac Newton, and how his passion for alchemy and its related philosophy influenced and led to his scientific ideas. In the second I addressed the question of how alchemy might be achieved. In the third I made an argument as to why this is important. In the fourth I told the stories of some of those who may have succeeded in the alchemical quest. Here I’ll offer a few final thoughts on this subject, and why it is important.

I am not advocating that people should take up alchemy. It is somewhat missing the point if one studies and practises alchemy in the hope of getting rich. It is also worth noting that the knowledge acquired, if one succeeds, is considered dangerous, presumably because it can be used for evil purposes. It should not therefore be made generally known to those who cannot be trusted; that is why the secret knowledge has always been closely guarded.

What is far more important is what alchemy might mean for the future of science, how thinking alchemically could actually be beneficial.

The first point to make is that, if the transmutation of other metals into gold is indeed possible, then this is a great victory for esoteric, spiritual science over conventional, materialist science, which considers alchemy ridiculous, and mocks it at every possible opportunity. It would be evidence that the knowledge and wisdom of the ancients was far superior to that of modern science. We might therefore in general take more seriously the ideas of ancient societies, just as Isaac Newton did, and learn from their wisdom.

The second point is that success in alchemy might require a high degree of spiritual development in the practitioner, that he or she might be capable of conscious psychokinesis. I speculated about this in part 2 of the series, and in part 4 I discussed Mary Anne South and her book A Suggestive Inquiry into the Hermetic Mystery With a Dissertation on the More Celebrated of the Alchemical Philosophers. She was incredibly knowledgeable about the history of alchemy, and she confirms my speculation. As Colin Wilson says: “Again and again, she remarks that the basic secret has to do with ‘concentrating the vitality’ ”. “She leaves us in no possible doubt that she believes that certain alchemists have succeeded in turning lead into gold and manufacturing the Philosopher’s Stone. And, quite simply, she does not believe this is a purely chemical process. She believes — she is actually pretty certain — that at a certain point in the operation, the alchemist has to put something of himself into it. There is a point at which his mind must enter the crucible and effect certain basic changes in the metal”¹. Belief in alchemy might therefore encourage more people to become interested in spiritual ideas and the transformation of consciousness, along the lines of Carl Jung.

Michael White, author of the biography of Isaac Newton discussed in part 1, explains why alchemy is unacceptable to modern scientists: “It is the element of personal involvement that principally casts doubts upon the relevance and practical use of alchemy as an intellectual process”. “The usefulness of alchemy in extending the frontiers of science is non-existent… Unlike the ancient alchemist, modern physicists do not hide behind a façade of mystical code and they work independently of religious feeling or emotional character”². Apparently, however, it is precisely this element of personal involvement that enables an alchemist to achieve things that conventional science thinks impossible.

Alchemical success strongly suggests therefore that there are hidden, latent powers in humans, which could actually help science to penetrate some of the mysteries that it currently struggles with. In alchemy we are talking about psychokinesis, the ability of mind to affect matter. Another potentially useful paranormal power would be clairvoyance. One successful example of this was the investigation of the atom by the Theosophists Charles Leadbeater and Annie Besant, who described the existence of smaller units (i.e subatomic particles, which they called Anu), the most basic state of matter, about thirty years before the arrival of quantum physics. 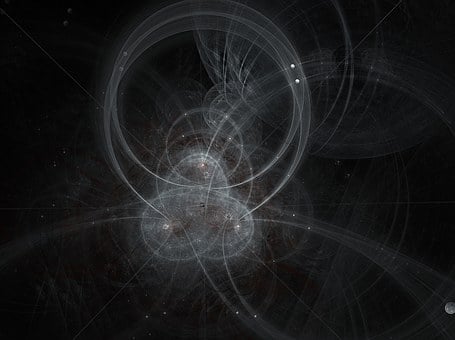 Paul LaViolette is a very unusual physicist. He is inspired by astrology, the Tarot, and ancient Egyptian mythology, seeing connections between them and the cutting edge of modern scientific thought. That is very brave of him, and we can assume that he is not taken seriously by other scientists. He quotes Besant’s and Leadbeater’s impressive statements about the atomic sub-plane from Occult Chemistry, and comments: “Customarily it has been the practice in physics to base theory upon experimental observation. Observation, however, becomes increasingly fuzzy as the quantum level is approached. Scientists wishing to construct intelligible models of this level find themselves depending to a large extent upon hunches and analogies. Admitting the importance of the intuitive faculties, is there not some advantage to directing the mind to penetrate the barrier of quantum uncertainty and directly ‘see’ what lies below?” “The writings of Besant and Leadbeater provide much food for thought. If indeed the subatomic realm can be accurately observed by means of the psychic faculties, one wonders whether psychically gifted scientists in ancient times may have used similar techniques to gain information about subatomic phenomena and subsequently used such data to construct a sophisticated ether physics”³. One wonders therefore whether psychically gifted scientists in future times might also be capable of significant discoveries through paranormal methods.

Another field in which alchemical thinking might be useful is medicine. In part 3 I discussed the work of the apparently successful alchemist Albert Riedel (Frater Albertus), also described by Colin Wilson in Mysteries. He makes a distinction between the Great Work — the transmutation of metals — and the Lesser Work — “the extraction of the essence of plants or the vegetable stone”. The lesser work “can be carried out by any competent chemist”. “But the Greater Work is a different matter; ordinary men cannot do it, for it requires some special power in the alchemist himself”, which is why it must remain a secret. This again confirms what I was saying above about the element of personal involvement. He offers, however, a clear and detailed account of the lesser alchemical work with plants, which is said to have great medicinal value. Two figures who seem to have had success in this area are Armand Barbault, as discussed in part 3, and Paracelsus, the Swiss practitioner of alternative medicine. 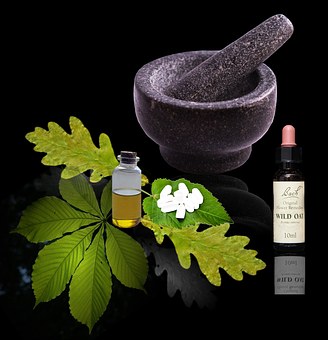 One obvious connection that one can make is with homeopathy. This, like alchemy, is a target for ridicule among the ‘scientific’ community, on the grounds that a substance is claimed to have healing effects, even though it has been distilled until not a single molecule of the original healing agent remains. This sounds remarkably similar to the lesser alchemical work, the extraction of the essence of plants or the vegetable stone. It is therefore interesting that the alchemist Paracelsus is considered to have laid the foundations of homeopathy. One therefore wonders whether homeopathy, and alternative medicine in general, should be taken more seriously, and not neglected because of the prejudices of scientific materialism.

In conclusion, one might argue, as I have done here, that the misguided materialist worldview of modern science is holding back progress in medicine, and science in general. Let’s look forward to an era of spiritual, esoteric science, in which paranormal powers might be a useful tool for scientists.