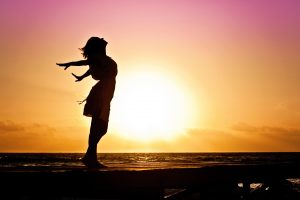 In another post I have criticised the BBC’s presentation of science (The BBC and Science). Here is some further related material on the subject of modern culture.

BBC2 broadcast a series of three programmes entitled Genius of the Modern World, which was presented by Bettany Hughes (1). The three figures deemed to be worthy of this extravagant compliment were Marx, Nietzsche, and Freud. I don’t know if they were her personal choice or the channel’s, but the decision was interesting. We have one figure whose economic and political theories have never been successful – when any society tries to implement them and “liberate the proletariat”, the most frequent outcome seems to be that a dictatorship ends up killing and repressing the human rights of the very people it sought to liberate. The second was someone who ended up mad – it is interesting to speculate whether he was ever sane (see below). The third was someone who, despite making some important breakthroughs, was not interested in scientific truth, rather in asserting his authority over his associates and students, trying to establish his highly debatable (false?) ideas as dogma. They tended, unsurprisingly, to desert him, the most famous example being Carl Jung, but almost equally significant are Alfred Adler, Otto Rank, and also worthy of mention are Wilhelm Reich and Roberto Assagioli.

So why were these three chosen? Surely not because they were geniuses (albeit very influential) (2). The only thing they have in common, as far as I can see, is that they were all vociferous atheists! Marx is famous for saying “Religion is the opium of the people”. Nietzsche is equally famous for saying “God is dead”, but went on to assume the role of prophet of his own religion (Zarathustra is a thin disguise for him). In psychotherapeutic language he suffered from a severe ego-inflation (the archetype of the Self – the God-image in man – was denied and repressed and, remaining unconscious, was therefore free to wreak havoc); it is therefore no surprise that he went mad. Freud has variously described religion as a neurosis, thus a psychological illness, an infantile delusion, or wish-fulfilment.

If the “modern world” is defined, as these programmes suggest, by its commitment to atheism, then it would seem that the modern world has passed its sell-by date, and it is time to move on to the next phase of the evolution of human consciousness, namely a return to spirituality. It is not clear yet who the new “genius” of politics and economics might be. In philosophy I would offer the figure of A. N. Whitehead, arguably the greatest philosopher of the twentieth century, although sadly neglected (presumably because he was not an atheist!). In Freud’s field of psychology and psychotherapy the obvious candidate for the title of “Genius of the Modern World” was and remains Carl Jung.

2. After all, as Andrew Marr said on Radio4’s Start the Week 3/7/2017, “if you go back a hundred years, I suppose there were three great ideas; there was Freudianism, there was Marxism, and there was Darwinism. (So Nietzsche doesn’t even get a mention.) And really Darwinism is the only one that has thrived and grown stronger in the intervening period”.