This post continues ongoing themes of mine, the need for a new paradigm — a reunification of science and religion — quantum physics as the key to this reunification, and the existence of an Ancient Wisdom, suggesting that earlier cultures were highly sophisticated spiritually and scientifically.

Sir James Jeans, following the early developments in quantum physics, summed up the dramatic shift from the old to the new paradigm in these words:

“Thirty years ago, we thought, or assumed, that we were heading towards an ultimate reality of a mechanical kind. It seemed to consist of a fortuitous jumble of atoms, which was destined to perform meaningless dances for a time under the action of blind purposeless forces, and then fall back to form a dead world. Into this wholly mechanical world, through the play of the same blind forces, life had stumbled by accident…

“Today there is a wide measure of agreement, which on the physical side of science approaches almost to unanimity, that the stream of knowledge is heading towards a non-mechanical reality; the universe begins to look more like a great thought than like a great machine. Mind no longer appears as an accidental intruder into the realm of matter; we are beginning to suspect that we ought rather to hail it as the creator and governor of the realm of matter — not of course our individual minds, but the mind in which the atoms out of which our individual minds have grown exist as thoughts” (1).

Thus the physical universe seems to emerge from another non-material level, an idea which led David Bohm to develop the concept of explicate and implicate orders. It seems, however, that this idea was not new, for spiritual traditions have been saying that, sometimes for thousands of years. For example, Jeans quotes Plato’s allegory of the cave as the epigram for his book.

Writing in the 1890s, before the quantum revolution, the Theosophists Annie Besant and Charles Leadbeater said: “The Anu (by which they mean a sub-atomic particle) can scarcely be said to be a ‘thing’, though it is the material out of which all things physical are composed. It is formed by the flow of the life-force and vanishes with its ebb… Presumably, were that flow checked but for an instant, the whole physical world would vanish… It is only the persistence of that flow which maintains the physical basis of the universe” (2).

The physical universe is therefore sustained in being or, as Jeans puts it, thought into existence. It was not created at some point in the past, as you might be led to believe by the language of Genesis in the Bible. 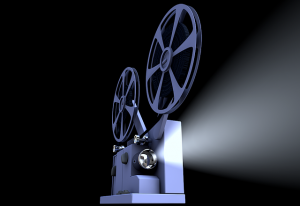 How does this process actually work? We are all familiar with the term ‘motion picture’ or ‘movie’. That was not literally true, however, because films were actually a rapid succession of still frames. The original technology operated at 24 frames per second, and at that speed the human eye was incapable of noticing this and saw instead an illusion of motion. Could this also be true of the universe?

The physicists Fred Alan Wolf and Bob Toben say that information connects “all points in space with all others in an indefinite number of possible patterns, constantly changing, and turning on and off at incredible frequencies up to 10⁴³ times per second”. That is billions upon billions of times! It is hardly surprising that we don’t notice this. They also say that “every action in ‘real’ time is an indefinite sequence of materializations and dematerializations on the microscopic quantum-level. They occur faster than the speed of light and in such great numbers that perception of this action is continual” (3).

It’s possible that not all scientists have accepted this, but it is at least a statement from a scientific source. Coming from a spiritual perspective, the ancient Hindus came to exactly the same conclusion. According to Robert Cox: “In the Vedic texts, this constant process of creation and annihilation was called nitya pralaya”. He goes on to quote the Bhagavata Mahapurana: “Some men, knowing the subtle state of things… declare the creation and dissolution of all beings, from Brahma downward, as taking place all the time. The successive stages undergone by all changing things serve as an index of the constant creation and dissolution of those things, as carried out by the force of time. These high frequency stages of creation and annihilation… are not perceived by ordinary men” (4).

The Kabbalist Zev Ben Shimon Halevi, discussing the illusion of matter, talks about “the eye’s relatively slow time scale that cannot perceive the sequence oscillating between something and nothing which creates the appearance of the book being present” (5). 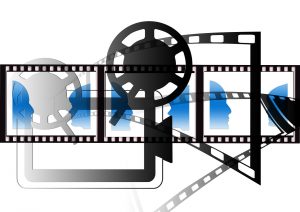 If this is correct, just like in the cinema, what we call motion or movement is an illusion; everything is just a series of freeze-frames. This is possibly the explanation for what is called a quantum leap. Atoms were once thought to be “miniature solar systems, in which negatively charged electrons circle like planets (thus moving) around a positively charged nucleus”. However, “electrons were found to behave quite unlike planets — they kept jumping from one orbit into another without passing through the space between them… a single jump, ignoring space” (6).

If all this is true then the whole universe, many billions of times a second, is a totality, a single frame, theoretically disconnected from every other moment, while appearing continuous and causally connected. Since we are part of the universe, this must be happening to our own bodies, yet we are completely unaware of this process. It hardly needs saying, but all this is mind-boggling. Our minds cannot cope with such ideas, especially, it would seem, the minds of materialist scientists. How could they seriously maintain their philosophy if they took such ideas fully on board?

Who or what is creating these billions of single frames? This takes us back to my starting point, Sir James Jeans and the idea of the universe as a great thought. I am led irresistibly to contemplate the unfathomable workings of the Divine Mind. We can only stand in awe of an extraordinary mystery. 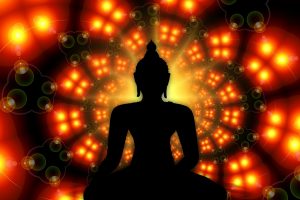