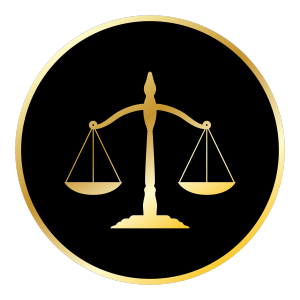 This article follows on from Politics from a Taoist Perspective, and offers more thoughts on the same issue; I shall be arguing that only moderate, centrist politics are in tune with spiritual thinking and the latest developments in science, thus the new paradigm.

Spiritual traditions believe that everything in existence is part of a process of the Divine manifesting itself. Here are two examples of statements on that theme. The first comes from the preface to an edition of the Bhagavad Gita, which many consider to be the supreme exposition of the Perennial Philosophy: “The Lord reveals His cosmic form: universes upon universes, inconceivably vast, created and sustained by the infinite omnipotence of Spirit which is simultaneously aware of the tiniest particle of subatomic matter and the cosmic movement of the galactic immensities — of every thought, feeling, and action of every being on the material and heavenly planes of existence”¹.

This is the philosopher Peter Wilberg, expressing the same idea: “Religious experience can be described as experience of an all-embracing, all-pervading and yet all-transcending awareness — one from which not only all thoughts but all things in the universe arise (both his italics). Religious experiencing tells us that all beings and the entire universe dwell within that divine awareness which is God” (my italics). He also talks about “the divine nature of that pure thought- and mind-free awareness from which all thoughts, words and ideas in the ‘mind’ arise”².

Quantum physics similarly teaches us that everything in the universe is interconnected, and is therefore moving towards this spiritual understanding.

According to this way of thinking, therefore, a right-wing thought ultimately emerges from the Divine Mind, and so does a left-wing thought. Both right- and left-wing people, and all others in between, are part of an ongoing process of the Divine evolving itself. What are we to make of this? Is God both left- and right-wing? Or is it rather the case that our ego-consciousnesses are not in tune with the Divine Mind?

The first thing to note is that traditional politics of left/right divisions are based upon the old, and seemingly illusory, paradigm of separation. We perceive ourselves to be individual beings, that our political thoughts are on the whole correct, and therefore that the other side are wrong, the enemy to be fought against (metaphorically of course). We talk of ‘adversarial’ politics, and in the United Kingdom the second party in parliament is called the ‘official Opposition’. There is therefore a seemingly endless battle between Conservatism, and the various shades of opinion on the Left, currently, under the leadership of Jeremy Corbyn, untempered Socialism.

According to the spiritual understanding above, this is all an illusion. A socialist slogan, which I haven’t heard for a long time, is “workers of the world unite”, which means of course unite against the bosses, and take over control. But the bosses are also part of the ongoing process of the Divine manifesting itself. What we need, on the contrary, is bosses and workers cooperating, recognising that they are both part of the same process. How that might be achieved is, of course, a difficult problem. I would say that both need to become more spiritually aware.

One problem, in attempting to resolve this dilemma, is the question of to what extent we (as selves of pure consciousness) are responsible for our own thoughts. Where do our thoughts originate? We all tend to assume that the ideas in our minds are the truth, and are part of our identity as human beings. We may respect the right of others to have other opinions, debate with them, and get on perfectly well with them, but will continue to believe that what we think at any given moment is the truth. This will be true of socialists, right-wingers and all other shades of political opinion. Obviously, the further to one extreme one is, the more intolerant one will be of the other side.

I’m not saying that I believe this to be an established fact, rather a hypothesis to consider, but just suppose that the further one person moves to the left, the further some other person will move to the right, which maintains a balance in the overall process. If this were true, then both extreme left- and right-wing politics would be futile, and it would be better for both people to move towards the centre.

What can be done to help move this situation forwards? My possibly radical proposal is that people should be encouraged to analyse their own minds, and seek to understand the origin of their cherished ideas. I believe that in certain schools of Buddhism, the first task for novices is precisely that, to examine the contents of their minds. In Psychosynthesis training there is a mantra: “I have a body, but I am not my body. I have feelings, but I am not my feelings. I have a mind, but I am not my mind. I am a centre of pure consciousness, and of will”. In both cases, the student is being told that their thoughts have an existence independent of their identity. Once that has been established, rather than identifying with the thoughts and considering them to be true, the questions can be asked, where did these thoughts originate, why have I come to think this, and are these thoughts actually true? At some point a crisis point may be reached, when one is forced to confront the possibility that just about everything one has passionately believed turns out to be false. (In my own past my consciousness has been seduced by, and succumbed to Existentialism, Atheism, and Socialism, all of which I now consider to be false systems, illusory.)

The solution to this political problem may therefore be psychological. Three questions I would ask are:

I believe that many people from either side of the political divide, if they were to look deeply into themselves, asking these kinds of questions, working on these kind of issues, would end up being more considered and moderate.

From a Taoist perspective, right-wing thinking seems to be a manifestation of yang energy, and left-wing thinking of yin. According to that philosophy, it is better to be in a state of balance, equilibrium, extremes being considered unhealthy. In health matters, homeostasis is defined as the tendency towards a relatively stable equilibrium between interdependent elements, especially as maintained by physiological processes. I understand that homeostasis, a state of balance, is considered healthy for the body. Let’s seek to make it a healthy state also for the mind. Then perhaps we might all become politically more sensible.