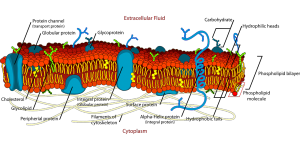 Interesting facts about him are:

1) He is a former Simonyi Professor for the Public Understanding of Science.

2) In a Prospect magazine poll in 2004 he was voted Britain’s leading public intellectual. In 2013 he bettered this, being voted the world’s top thinker from a list of sixty-five preselected names (1). (Is this significant? The voters were obviously just the magazine’s target readership. However, it does give some indication of his influence on that group, and perhaps the wider public.)

Such influence places a responsibility on him, and he is not lacking in confidence. In a New Scientist interview, discussing why people hate their religion being criticised, he said: “Some people find clarity threatening. They like muddle, confusion, obscurity. So when somebody does no more than speak clearly it sounds threatening” (2). He is obviously referring to himself. In this post, and others to follow, I shall be examining just how clearly he speaks, and whether he is indeed worthy of such public acclaim.

My thesis is that he is not a scientist in the true meaning of the word, that is someone who is open-minded, without preconceptions, and with objectivity tries to understand the natural world. True scientists should also be able to think clearly, and spot the flaws in their own arguments. This is not how Dawkins comes across to me. On the contrary, his primary identity is that of a dedicated atheist who merely uses, or tries to use, science as a tool to justify, and convert others to, his own faith. He is therefore not very different from a preacher in one of the orthodox religions; it’s just that his “religion” is atheism.

My first question is, can we trust him to tell the truth?

Alfred Russel Wallace came up with the theory of evolution by natural selection at the same time as Darwin. Whatever this may suggest, by the end of his life he was a firm believer in God and Intelligent Design, as is clearly shown by the title of his 1914 book The World of Life: a Manifestation of Creative Power, Directive Mind and Ultimate Purpose. Yet Dawkins says in his preface of The Blind Watchmaker that the mystery of our existence has been solved: “Darwin and Wallace solved it, though we shall continue to add footnotes to their solution for a while yet” (3). This is very misleading, since Dawkins’s understanding of Wallace’s “solution” is in direct contradiction to what Wallace thought himself. So either Dawkins does not know this, in which case he is extremely ignorant of his subject matter, and perhaps therefore not qualified to write about it, or it is a blatant lie. (See more on my post Alfred Russel Wallace.)

Some critics of evolutionary theory say that it is a matter of faith, no more scientific or rational than the religious views which Darwinians usually oppose. The latter usually deny that this is the case, and say that Darwinian evolutionary theory is science. So my second question is, does Dawkins ever believe as a matter of faith? When people suggest a belief in something of which he disapproves, his usual response is “where is the evidence?”. He is therefore against people who take things on trust without scientific evidence. How consistent is he in this position?

In an interview with Jheni Osman in BBC Knowledge magazine, April 2009, he made the following statement: “I’m committed to the view that (consciousness) is a manifestation of brain activity and therefore, since brains are produced by evolution, subjective consciousness must in some sense have evolved”.

Could this possibly be a statement of faith? True scientists cannot be committed to a view, which in effect means that they are closed to further developments, new evidence which may require that a theory be modified. Furthermore and more importantly, he is committed to a view for which there is no evidence. I am not aware of any neuroscientist who claims to understand how the brain produces consciousness, Quite the contrary – they usually say that they have absolutely no idea how this happens (4). The reason Dawkins is committed to this view is that it is necessary for him to maintain his stance of atheistic materialism. There is no evidence for what he is saying. So Dawkins has faith in something for which there is no evidence. He therefore has no problem with faith and lack of evidence when this fits in with his worldview. 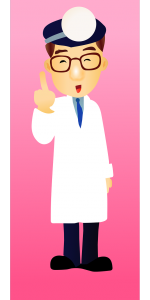 Dawkins is well known for his opposition to faith schools, where he thinks children are indoctrinated with religious ideas. So my next question is, how consistent is he in this approach? Is he always against indoctrination?

He appeared on BBC Radio4’s Start the Week programme on 3/7/2017 alongside child psychologist Deborah Kelemen. She is involved in a project which is producing books to “educate” primary school children about Darwinian evolution. The presenter Andrew Marr actually used the phrase “get them while they’re young”. This immediately reminded me of the well-known Jesuit expression “Give me a child until he is seven and I will give you the man”, which clearly refers to a desire to indoctrinate. Dawkins was, perhaps unsurprisingly, enthusiastic about Ms. Kelemen’s project.

Far be it from me to call him a hypocrite. It is more alarming that someone as intelligent as him is so lacking in self-awareness and sees no contradiction in his position. He would obviously say that faith schools are indoctrinating children in false ideas, whereas the theory of evolution is true. Of course, Catholic, Jewish, and Islamic schools also think that they are teaching the truth. Wouldn’t it be better not to teach controversial subjects at all in primary schools, and wait until children are capable of making up their own minds, having been exposed to both sides of the argument?

Along the same lines, as reported in the Sunday Times 28/6/2009, he has no problem with encouraging and supporting atheist Summer schools for teenagers. For some reason he did not see this as indoctrination, rather “(encouraging) children to think for themselves, sceptically and rationally”. I will leave the reader to decide if this is indeed his intention, having read the two previous paragraphs. 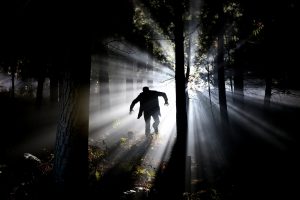 One of the activities at the camp was the debunking of telepathy. In a conversation with the biologist Rupert Sheldrake in 2006 Dawkins said that he “would like to believe in telepathy, but there just wasn’t any evidence for it. He dismissed all research on the subject out of hand, without going into any details”. He said that if it really occurred, it would “turn the laws of physics upside down” (5).

This suggests that Dawkins is living with this head in the sand. The existence of ESP, including telepathy, has been established beyond all reasonable doubt (6). Despite this he believes in memes, a term which he coined. This means the (unconscious) copying from person to person (or more precisely from brain to brain) of ideas, habits, skills, ways of doing things, and so on. Memes seem to jump from brain to brain without any satisfactory explanation of how this is done (7).

This is a somewhat controversial concept. Sheldrake, a critic of Dawkins, says that “no one has ever found a meme inside a brain, or seen one leaping from one brain to another. They are invisible” (8). Susan Blackmore, a devoted follower of Dawkins, concedes: “We do not know what memes are made of or where they reside… Memes presumably exist in brains, and we have even less chance of seeing one than of seeing a gene” (9). It would be reasonable to conclude therefore that memes, since no one can detect them, are in some sense non-material, something in the nature of thoughts. Dawkins, however, being a devoted materialist cannot accept this. He said: “Memes are real because they are material. They exist inside material brains” (10). And Dawkins, even though memes seem to jump from brain to brain, is someone unwilling even to contemplate the possibility of telepathy!

I could continue about Dawkins for a very long time along these lines, so I will stop now and reserve further comments for later posts. As I noted at the beginning, Dawkins is a former Simonyi Professor for the Public Understanding of Science. One wonders who appointed him, presumably not someone interested in true science. A better title would perhaps have been Professor for the Public Propagation (at any cost) of Atheism.

4. Here are a few examples:

In his book Consciousness: Confessions of a Romantic Reductionist (Cambridge, MA: MIT Press, 2012), neuroscientist Christof Koch says that he has been forced to give up the idea that consciousness is manufactured by brain processes.

Professor Susan Greenfield has spent her life studying the brain. She is unable to explain how the brain generates consciousness. (A talk at the Royal Society of Medicine, London, 23/9/14.)

Neuroscientist Professor Anil Seth, while agreeing with Dawkins that consciousness is “something that happens as a result of a particular organisation of matter, of biological matter”, nevertheless says that it is a mystery and “seems to be a miracle” (BBC Radio4, The Life Scientific, 16/6/2015).

Neuroscientist David Eagleman is committed to the same view as Dawkins. He says that “for the past twenty years I’ve been trying to understand how what happens in three pounds of jelly-like material somehow becomes us” (BBC4, The Brain, 21/1/2016). This implies that he has not succeeded, but twenty years of failure have not yet persuaded him to renounce his faith.

And here is the crowning glory. Famous neuroscientist and critic of religion Sam Harris thinks that “there are good reasons to think” that the problem is “insuperable” (interview with Jonathan Derbyshire, Prospect magazine 29/1/2015  https://www.prospectmagazine.co.uk/blogs/jonathan-derbyshire/sam-harris-searching-for-spirituality-without-religion).

6. See, for example, the books of Dean Radin, especially The Conscious Universe: The Scientific Truth of Psychic Phenomena, HarperCollins, 1997

7. In The Selfish Gene, he calls it “a process which, in the broad sense, can be called imitation”. (OUP, 1976, p206). Quoted by Rupert Sheldrake, The Science Delusion, p183. What does he mean by “broad sense”? What would be the narrow sense?

10. The Science Delusion, p184. Interestingly, Susan Blackmore does not seem to share this view. She says: “We humans, because of our powers of imitation, have become just the physical ‘hosts’ needed for the memes to get around” (The Meme Machine, p8). Why does she need to say physical? Does she think memes are non-physical? Perhaps not, but in that case she has not been very careful with her language, and what she really thinks has perhaps slipped through.