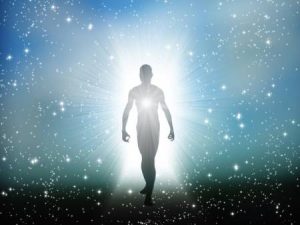 Modern (materialist) science says many things which are, to say the least, counterintuitive and highly controversial. Neuroscience’s significant contributions are the following:

Consciousness is a by-product (epiphenomenon) of the brain, and therefore the self (our sense of personal identity) is an illusion.

There is no free will (or at least much less than we think). Here are some examples:

Nobel-prize winner Francis Crick opens his book on his “scientific search for the soul” with these words: “The Astonishing Hypothesis (the title) is that ‘You’, your joys and your sorrows, your memories and your ambitions, your sense of identity and free will, are in fact no more than the behaviours of a vast assembly of nerve cells and their associated molecules” (1).

David Eagleman is a neuroscientist and author. In 2016 he presented a series for BBC4 called The Brain (2) (he has also written a book, The Brain: the Story of You). Here are some quotes from the TV series:

“For the past 20 years I’ve been trying to understand how what happens in three pounds of jelly-like material somehow becomes us”. (Programme 1, 21/1/16)

“Somehow all this weird biological stuff results in the experience of you being you”.

“For a long time the answer was an immortal soul, or spirit, something that goes beyond mere matter and gives you your life and your identity. But the modern study of the brain tells a different story. Who we are can only be understood in terms of the three-pound organ in our heads” (both from programme 2, 28/1/16).  (My emphasis. Clearly not true, since alternative explanations are available, especially the one he rejects.)

In programme 3 (4/2/16) he turned his attention to the question of free will: “Who’s in control of what you do? It sounds like a simple question but the facts (my emphasis, he does not say his opinions) might surprise you. Almost every action that you take, and every decision that you make, and every belief that you hold, these are driven by parts of your brain that you have no access to. We call this hidden world the unconscious, and it runs much more of your life than you would ever imagine”.

The psychologist Susan Blackmore has become an enthusiastic convert to such ideas; she has apparently succeeded in freeing herself from the bizarre delusions that we ordinary members of the public suffer from. She was asked to contribute to John Brockman’s book What We Believe but Cannot Prove, where she quotes Samuel Johnson: “All theory is against freedom of the will; all experience for it”, then comments: “With recent developments in neuroscience and theories of consciousness, theory is even more against it than it was in his time. So I long ago set about systematically changing the experience. I now have no feeling of acting with free will, although the feeling took many years to ebb away” (p41). “As for giving up the sense of an inner conscious self altogether – this is very much harder. I just keep on seeming to exist. But though I cannot prove it, I think it is true that I don’t” (p42). She had previously told her story in In Search of the Light, and also featured in programme nine of a BBC Radio4 series The Uncommon Senses, The Sense of Self (30/3/2017). As a student she had had an out-of-body experience, which convinced her that she was “a spirit or a soul, and I will live forever, and I am much more important than this temporary body”. This led her to become very interested in parapsychology, and to do much research in that area. Failing to obtain any meaningful results, however, she eventually became disillusioned and moved to “the complete reverse”. She now believes: “This amazing, evolved, clever organism is constructing an illusion about an inner being, that doesn’t really exist”, and, following some recent research, that “it seems the out-of-body experience is a failure of your brain” (3).

Here is another striking example. Former surgeon Henry Marsh’s book Admissions: a Life in Brain Surgery was serialised as Book of the Week on BBC Radio4. In the final programme (19/5/2017) he said this: “I am a neurosurgeon. I know that everything I am, everything I think and feel, consciously or unconsciously, is the electrochemical activity of my billions of brain cells, joined together with a near infinite number of synapses, or however many of them are left as I get older. When my brain dies, I will die. I am a transient electrochemical dance, made of myriad bits of information. And information, as the physicists tell us, is physical”. (It’s not clear why he thinks that, which physicists he has been reading. Most physicists I read assure me that nothing is physical!)

If you would like further examples, New Scientist magazine has joined this campaign. Issue 2905 (20/2/2013) had the headline on the front cover: The SELF: the greatest trick your mind ever played. Inside there was an introduction, or possibly an editorial, which had the heading THE GREAT ILLUSION OF THE SELF, and contained the following: “This intuitive sense of self… is nothing more than an elaborate illusion”. There followed a series of articles containing statements by Graham Lawton, Anil Ananthaswamy, and Richard Fisher, similar to those above. Nowhere were these statements called hypotheses or opinions, but were presented as facts. More recently, issue 3125 (13/5/2017) had the headline on the front cover: WHAT’S THE POINT OF CONSCIOUSNESS? The accidental evolution of our unique minds. (Both issues are available online.)

Such ideas appear to be total nonsense from the point of view of the general public, which is why the scientists have to make desperate appeals for their ideas to be accepted. Francis Crick follows his quote above with this: “This hypothesis is so alien to the ideas of most people alive today that it can truly be called astonishing”.

So could the public be right and the neuroscientists wrong? Lyall Watson, an open-minded biologist, expressed the public’s position very eloquently in these terms: “People always agree that within their bodies there exists a spirit, an entity conscious of its own existence and of its continuity in time, a creature that feels and perceives and wants. We all suspect that somewhere inside there is an I, an inner self. All people of all the human cultures we know about agree on this; there’s my body and then there is me. It is the I that wills that body to move, that makes patterns of incoming sensations, that knows passion, that feels pleasure. There is universal agreement about such a dichotomy and not a shred of evidence to prove that it exists. There is nothing to explain the fantasy except a certainty that it is so” (4).

The obvious question to ask is, why do these neuroscientists believe the extraordinary things they do? One possible answer is that the combination of two dominant “scientific” paradigms, the Big Bang and neo-Darwinism, makes such conclusions inevitable. At the beginning of the universe, there was no life or consciousness, therefore life must be a by-product of inanimate matter. It is assumed that bacteria and single-celled organisms had no consciousness, therefore consciousness must be an (unexplained and unnecessary) by-product of evolutionary processes.

Of course, the simple rules of logic tell us that if one’s assumptions and preconceptions are false, this will almost inevitably lead to false conclusions. I suspect that this is what is going on here. If neuroscientists were willing to examine their assumptions and establish their truth before embarking on research, they might avoid conclusions that seem so counterintuitive and hard to accept. (Let me note in passing that a spiritual understanding of the nature of the universe does not lead to these conclusions.)

For example, if they had read carefully one of my seminal texts Beyond Physicalism (by Edward Kelly et al.) (5), some doubt (hopefully) might have entered their minds. Kelly’s well-argued assertion is that the brain does not generate consciousness, it is an organ which limits it. It is therefore at least possible that consciousness is independent of the brain. The problem is that the neuroscientists I have mentioned are so addicted to materialist science that they are unwilling even to contemplate this possibility.

Fortunately there is some hope, since some neuroscientists are beginning to see the light, something, it seems, Susan Blackmore is unlikely to do despite the title of her book. As early as 1977 Sir John Eccles and Karl Popper swam against the current and wrote The Self and Its Brain. More recent publications are:

Beauregard, Mario & O’Leary, Denyse: The Spiritual Brain, A Neuroscientist’s Case for the Existence of the Soul, HarperOne, 2007

Noë, Alva: Out of Our Heads, Why You Are Not Your Brain, and Other Lessons from the Biology of Consciousness, Hill and Wang, 2009

It’s a shame that the BBC does not find time to make programmes about their ideas.

3. All quotes from the Radio4 programme

4. The Biology of Being: a Natural History of Consciousness, in The Spirit of Science, David Lorimer (ed.), Floris Books, 1998, p165

5. Listed in my main article, Metaphysics in a Spiritual Society

Blackmore, Susan: In Search of the Light, Prometheus Books, 1996

Brockman, John: What We Believe but Cannot Prove, HarperCollins, 2006