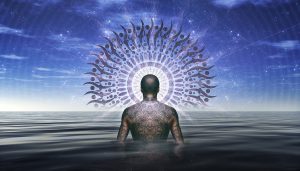 Following on from my article on Synchronicity, I want to provide further evidence here that the deeper self seems to have access to all human knowledge. I am going to relate a story from my own experience, an experiment in automatic writing. This is a phenomenon sometimes described in esoteric literature of the paranormal. I assume that readers will understand what is meant by this but, put very simply, it is an attempt to see whether something meaningful can be communicated when the conscious mind is bypassed.

From the scientific perspective, this is obviously only an anecdote, and not a properly conducted experiment. In order to make it as scientific as possible, however, I have included all the details I can remember, so that readers can judge how convincing my story is.

I have a friend who is a member of the Magic Circle. He is a very good magician, so it is possible that what I am about to recount was an elaborate magic trick, designed to deceive me. As is often the case with magic tricks, I can find no explanation as to how this could have been achieved, if this were indeed what was happening.

The Magic Circle is about more than just conjuring and sleight-of-hand tricks. They have an interest in what might be called the paranormal, real magic. What follows has to be understood in that context.

My friend and his partner arrived at our flat, in advance of going out for a meal. He said that before that he would like to try an experiment, having attended a Magic Circle meeting on the topic of automatic writing the week before. I was told to sit in a corner of the room with a pen and paper, and to await further instructions. On the other side of the room my friend then drew something on a piece of paper, which I could not see, and which he then showed to my wife. She sniggered, so I understood that the drawing might be of something rude. My friend does have a smutty side to his character, and this is what he drew, which I was not shown until later in the experiment. 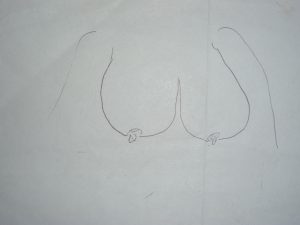 I was then told to close my eyes and follow his instructions, which went something along these lines. “Put your pen somewhere on the paper, then draw a straight line. Now lift it, put it somewhere else and draw a curved line, then stop when you feel like it and continue with a straight line”. To make it even harder for me to follow what I was doing, I was told to hold the pad face downwards in one hand and write upwards on the underside of the pad. This continued for a few repetitions. I had absolutely no idea what I had put onto the paper. At some point we decided to stop, and I ended up with this, (these are both photos of the original pieces of paper). 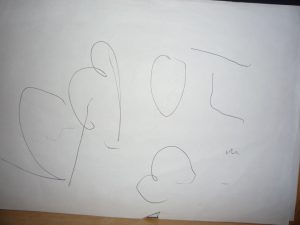 Since my friend was obviously attempting to get me to write something connected with what he had drawn, you might think that he was trying to direct me but, even if this were the case, his instructions were too vague to achieve this. About now I was shown what he had drawn. Perhaps you think what I wrote looks meaningless, and to many people it might be. I then noticed that it seemed to be spelling out something in reverse. If you place the drawing in front of a mirror, the reflection reads JOB 3 12. To many people this might still seem meaningless. However, I am familiar with the names of the books in the Bible, and I immediately recognised this as a possible reference to a verse in it. When we checked the text, we found the following: “Why were there knees to receive me, or breasts for me to suck?”

This was obviously, at the very least, an extraordinary coincidence. I assume that something more mysterious was going on. My friend, who was also impressed, said “so there is something in automatic writing”, in a tone of voice which suggested he had been sceptical before, when this was discussed at his Magic Circle meeting. He might, of course, have been acting.

My hand seemed to everyone, including myself, to be making random movements. So what intelligence was actually guiding my hand to produce this weird coincidence? How did this intelligence, which apparently came from within me, have access to knowledge of a text in the Bible which I had never read? Whatever this intelligence was, it certainly had a sense of humour; it reminds me of what is sometimes called the archetype of the Trickster. 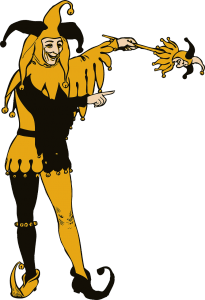