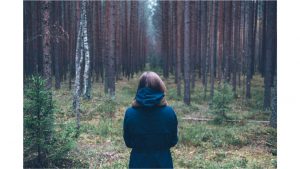 What follows are relatively superficial reasons. I think that the issue goes much deeper, but that would be a topic for a later post. (But in the meantime there is a brilliant article on Medium by Andrés Ruiz The Psychology of Atheism.)

According to Carl Jung, one of the main inspirations behind my thinking, human beings are naturally religious. This could also be stated in these terms: “There is a religious instinct in all human beings – an inherent striving towards a relationship with someone or something that transcends human power (a higher force or being)” (1). A similar sentiment was expressed by Helena Blavatsky, co-founder of the Theosophical Society: “It is one of the most undeniable facts of psychology, that the average man can as little exist out of a religious element of some kind, as a fish out of the water” (2). This instinct or striving is often closely associated with a desire for meaning in life. Thus Einstein has been quoted as saying: “If a man finds a satisfying answer to the question what is the meaning of his life, this man I would call religious” (3). (Let us note in passing that this is a very unspecific idea, not related to any deity, especially the Christian God.)

Atheistically inclined scientists will of course reinterpret this idea and say that we are “hard-wired to believe”, and see this natural instinct as a gross error, a serious problem which they are fortunate to have overcome, and which others need to. Here, however, I’m going to turn this round and suggest that it might be the atheists who have the problem; why are they denying this natural (and true) instinct? If humans are naturally religious, why are so many people anti-religious?

It may be something so simple as being told as children to believe things that are perceived to be ridiculous. Someone I know from a Roman Catholic upbringing remembers thinking it was all “mumbo-jumbo”. Adults may find it strange to see others still believing these ideas with such conviction. 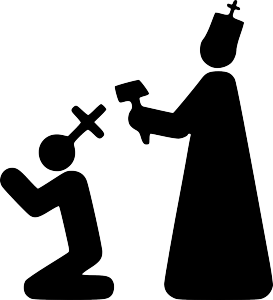 Along these lines, an interesting case is that of the French existentialist writer Simone de Beauvoir, who at age fourteen, having had a religious upbringing, suddenly decided that she was an atheist, a decision which stayed with her for the rest of her life, influencing her whole career. It is reasonable to ask whether at that age her powers of judgement were fully developed; after all she wouldn’t even have been allowed to vote in elections. It is an interesting example of how consciousness can become gripped by contents of the mind.

People may have suffered in their childhoods, had bad experiences at the hands of a particular Church. This is perhaps most commonly associated with Roman Catholicism (sexual abuse by priests, beatings, the Magdalene Laundries/Asylums and so on), but is not unheard of in other churches. Violent physical beatings used to take place in camps associated with the Church of England, although not organised by it (4), and, at the time of writing an enquiry has just found that it was involved in a cover-up of sexual abuse (5). Also, in Jeanette Winterson’s (at least partly) autobiographical novel Oranges Are Not the Only Fruit, a Pentecostal Church subjects teenage girls to exorcisms in order to free them from their lesbian tendencies. Even if people have not experienced such horrors themselves, they may be put off when hearing such stories, especially when they hear that the abuses have been covered up by the organisations concerned. It may not be easy to separate the ideas they stand for from the organisations’ behaviour.

An interesting example was the appearance of the comedian Jimmy Carr on Desert Island Discs (6). It wasn’t stated whether he had had such experiences himself, but as the one song he would save he chose I’ll Follow You into the Dark by Death Cab for Cutie. He described it as an “atheist hymn”. Here is a relevant verse:

‘In Catholic school, as vicious as Roman rule, I got my knuckles bruised by a lady in black.  And I held my tongue, as she told me “Son, fear is the heart of love”. So I never went back’.

Interestingly Kirsty Young had earlier asked him “When did you start having doubts about Catholicism?” rather than, say, doubts about God or religion. Just because one religion is perceived to be at fault does not say anything about religious ideas in general, or whether God exists, or about spiritual truths. 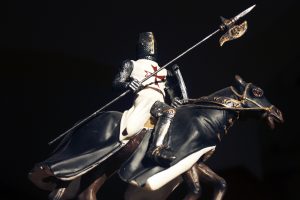 Another commonly stated reason for rejecting religion is that in the past appalling violence has been committed in its name – wars, torture, brutal execution of heretics. While agreeing that this is appalling and delusional, it still has to be pointed out that what is appalling is the human behaviour, which has nothing whatsoever to do with the truth or otherwise of religious/spiritual beliefs. All true religion seeks an end to such violence.

Among my circle of acquaintances there are those who cannot stand any mention of religion. Such a response does not make the dislike of religion valid, even if the person concerned thinks so. This reaction is very similar to a phobia. There is nothing inherently frightening about closed spaces (claustrophobia), open spaces (agoraphobia), spiders (arachnophobia) and so on, yet certain people have extreme psychological reactions in these circumstances. In order to understand the underlying causes and be cured they might choose to seek help from a psychotherapist. It would perhaps be more appropriate to do the same in cases of a phobia of religion, rather than assume the validity of the response.

The reasons I have offered above are relatively superficial, so I’ll try now to dig a little deeper and suggest what my hypothetical psychoanalysis might uncover. The first thing to say is that an over-the-top abusive attitude often conceals unconscious fear. (This is similar to the well-known phenomenon of projection, where we react to, protest against something in the outside world because we cannot acknowledge it in ourselves.) So the denial of religion, or the supernatural, masks a fear of it.

What exactly are people afraid of? Humans are attached to freedom, the need to feel in control. They also fear the suggestion of supernatural agencies. Carl Jung was very aware of this problem:

“A man likes to believe that he is the master of his soul”.

“The one thing we refuse to admit is that we are dependent upon ‘powers’ that are beyond our control”.

Yet the irrational forces do not disappear merely through being denied. As one of his followers Aniela Jaffé says: “Whether known or unknown, it is the hidden operator behind our lives… Called or uncalled, affirmed or denied, the god will be present” (8). This is very similar to an inscription Jung had over the door of his house in Zurich: ‘Whether summoned or not, God will be present’ (Vocatus atque non vocatus, Deus aderit). I will take the liberty of rephrasing this: God (or, if you prefer, the Supernatural) exists, whether people believe or not. Wanting something to be true does not make it true.

If people deny religion because they are afraid of it (while remaining unconscious that this is what they are doing), then the next question is why religion, or the term I prefer spirituality, is perceived to be so frightening. After all, one of the main accusations by atheists is that believers seek false comfort in religion. That’s a question that I may come back to in a future post.