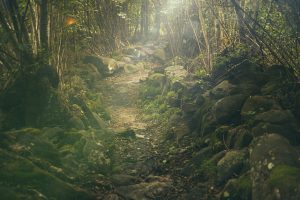 At the end of the first post in this series I quoted William Wordsworth from his poem Intimations of Immortality from Recollections of Early Childhood. He obviously understands the nature of incarnation, and how the soul forgets its pre-existence:

He goes on to say that the soul later becomes trapped in the “shades of the prison-house”.

Here is Robert Browning writing in similar vein, from his epic poem Paracelsus:

So here we have two poets who understand the spiritual truth that we as humans are a consciousness (which I choose to call the soul), which has become imprisoned in flesh and subject to error and illusion. Consciousness is therefore separate from and independent of the brain which, as I have argued previously, is an organ which acts as a reducing-valve, and limits consciousness.

What do modern, materialist scientists have to say? Their question is, how is the physical brain capable of producing consciousness, a conscious self? This is called the ‘hard question’, because it is seemingly impossible to answer. Richard Dawkins, when presented with statements about religion or the paranormal, is fond of replying “where is the evidence?” I therefore ask, where is the evidence that the brain produces consciousness? My own answer is that there isn’t any, and not only that, but there can never be any such evidence, because the statement is not true.

None of this has any effect upon materialist scientists because they are locked into their myth, which has become a reality for them, so that they no longer realise that it is only one worldview amongst others. They are incapable of understanding that their question is based on an assumption which is possibly and arguably illusory.

New Scientist magazine makes frequent reference to this problem; here are some examples:

One common claim is that the self, because no scientific explanation can be found for it, is actually an illusion. I have discussed this in previous articles (3). Here are some further examples, which are also headlines from New Scientist magazine:

When will these scientists ever learn? Perhaps they should read more poetry.

(3) see the previous posts: The Folly of Modern Neuroscience, Is the Self an Illusion? – Part 1, and Part 2. There is also a series of articles, see under Consciousness on the Articles Index page.