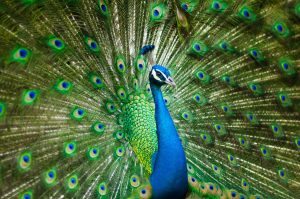 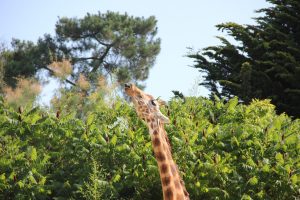 My starting-point is that Darwinian evolutionary theory, even though it is accepted by many, is still highly debatable and controversial among scientists. I would personally add that, as a complete explanation for life on earth, it is unlikely to be true. The question therefore is why it is accepted so enthusiastically and uncritically by otherwise intelligent people. My answer, which is not difficult to work out and with no claim to originality, is that it provides a rationale and a justification for atheism by the route of a materialist philosophy of nature. Here are some examples, starting with scientists:

At the turn of the millennium various public figures were invited to say on the radio who they thought was the most significant figure of the previous thousand years. Unsurprisingly Richard Dawkins said Charles Darwin (1).

The geneticist Steve Jones appeared on an edition of In Our Time about Alfred Russel Wallace (2). Melvyn Bragg said to him “I know Darwin is the nearest you will ever have to a saint in your monastery” (an interesting choice of language!). Jones responded “that is certainly true”.

The philosopher Daniel Dennett is another culprit. For a lengthy critique see my post, but here is a brief taster. In his anti-religion book Breaking the Spell he talks about “...those who don’t yet appreciate just how well established the theory of evolution by natural selection is. According to a recent survey, only about a quarter of the population of the United States understands that evolution is almost as well established as the fact that water is H20″ (3).

Well he did say “almost”, but this statement is ridiculous. How many scientific papers or books have been published recently arguing the case that the chemical composition of water is not H20? None. And who can even begin to imagine where they would start their argument? There are, however, a significant number of scientists who are critical of, and argue strongly against, Darwinian theory. 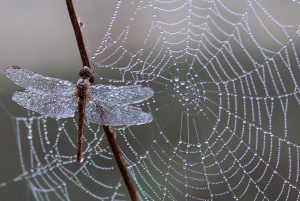 This may take the form of a throwaway line like this one from Ricky Gervais, “a dusty old book I found in the library, which said that Darwin’s theory of evolution was wrong”.

Somewhat more serious is the case of Jimmy Carr. He appeared on Desert Island Discs (4) where we learned that he obtained four As at A-level, then went on to study at Cambridge. This is where he started to have doubts about Catholicism after attending some lectures in natural science, and following discussions with a friend about Darwin. I suppose that Cambridge lectures must seem authoritative for a young student, but the effect does not have to be long-lasting. Kathleen Raine, the spiritually oriented poet and scholar, much earlier had studied natural sciences at Cambridge, and had experienced what she described as the “nihilism, atheism and cleverness” there, which at the time she fell for (5). She managed to see through it later and to move on. It’s a shame that Jimmy Carr has been unable to do the same.

Especially eloquent is Marcus Brigstocke. He appeared for an extended interview on Christopher Brookmyre’s Comedy Bookcase (6). There he said: “Our minds have evolved, and they have evolved by the way, I practically didn’t get into the creation debate. I’m afraid my view of it is very, very simple, if you wish to discuss evolution, can you demonstrate that you have read and understood On the Origin of Species? If not (there follows a buzzing sound implying disqualification), I’m sorry, you don’t get to take part in this conversation. It’s all right if you haven’t read it, but you need to have read some of the supporting literature. Because I’ve read the Bible, and the Torah, and the Koran, so I can discuss this with you, but not if you haven’t done the entry level of work. So I avoided it for the most part, because I think it’s silly”.

What are the implications of Brigstocke’s views?

If you read the Origin of Species and supporting literature you will, or should, be convinced of the truth of evolutionary theory (and therefore of atheism). (As it happens, I would be happy to take part in such a conversation, but I think he might find that my reading-list for him would be far too long!)

The alternative to Darwinian evolution is “creation”, by which I assume he means Creationism. There are therefore no scientific alternatives (or criticisms).

The only religious competition is Abrahamic monotheism, which is found to be inadequate. Obviously, since they are not mentioned, Hinduism, Buddhism, Taoism are not deemed worthy of consideration. These were, however, the sources that the scientist Fritjof Capra turned to when writing The Tao of Physics, following the discoveries of quantum physics.

Brigstocke says more (which I haven’t quoted). His further implications were that Richard Dawkins’s The God Delusion, and God Is Not Great by Christopher Hitchens were some kind of significant turning-point, the beginning of a new celebration of science, and secondly that science and religion are in opposition, and that science should replace religion.

All of these implications are highly contentious, and responding to them would require long, separate essays. (His choice of books that he wants us to admire is of course revealing.) So I’ll conclude here by saying that if you ask comedians about science, especially evolution, what you often get back are jokes, and leave you with these remarks by Rupert Sheldrake, a real scientist (7). He is talking about the “millions of people (who) have been converted to this ‘scientific’ world view, even though they know little about science itself. They are, as it were, devotees of the Church of Science, or of scientism, of which scientists are the priests”. He goes on to quote and discuss Ricky Gervais (8), but his remarks could apply equally well to Marcus Brigstocke: “Gervais is an entertainer, not a scientist or an original thinker, but he borrows the authority of science to support his atheism. Gervais’s idealised view of science is hopelessly naïve in the context of the history and sociology of science. It portrays scientists as open-minded seekers of truth, not ordinary people competing for funds and prestige, constrained by peer-group pressures and hemmed in by prejudices and taboos”.

There is plenty of evidence that peer-group pressure makes it difficult to raise objections to Darwinism in academic circles. The obvious prejudice/taboo associated with Darwinian theory, as I said at the beginning, is its desperate attempt to maintain its materialist premise, thus its atheist stance; if you raise objections to Darwinism, there is the suspicion that you might be advocating Creationism, or believe in supernatural forces. Hopefully it won’t have escaped your attention that everyone mentioned in this post is a vociferous atheist; for such people Darwinism becomes a necessity, whatever the objections to it. The question therefore switches its focus from the truth or otherwise of Darwinism to why people have a need to be atheists. This is a subject for psychological analysis rather than biology. (For a brief introduction to this topic, see my post Why Are People Anti-Religion?)

1. As far as I remember, on BBC Radio4’s Today programme